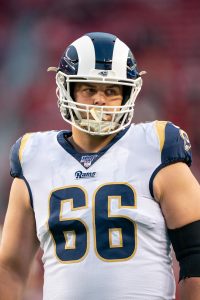 The Rams have seen a mass exodus of players on defense in recent days, but they’re keeping a crucial offensive piece around. The team has agreed to terms on a new one-year deal with interior lineman Austin Blythe, they announced in a release.

Blythe provides some nice versatility for the Rams, as he has started at both guard and center over the last couple of seasons. Originally a seventh-round pick of the Colts in 2016, Blythe got the axe after just one year in Indianapolis. The Rams quickly scooped him off waivers, and he’s turned into a nice find for general manager Les Snead. After serving as a reserve in 2017, Blythe started all 16 games the following year.

Jamon Brown was suspended for the first two games of 2018 so Blythe took over his starting spot at right guard, and played well enough to keep the gig even after Brown returned. He missed one game this past season with an ankle injury, but started the other 15. He started last year at guard but moved to center when Brian Allen went down with an injury. Terms of his new deal weren’t immediately available. 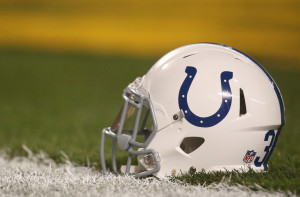 Ridgeway, an early-entry player from Texas, broke out in his sophomore year with 47 total tackles, 6 sacks, and 10 tackles for a loss. In his junior year, he had 45 tackles, 6.5 tackles for a loss, and 3.5 sacks. Those numbers weren’t quite as gaudy as 2014, but they were enough to draw the interest of the Colts around the middle of the draft.

Those rookies will join a Colts team that has now welcomed 21 undrafted free agents. To help make room for their new additions, the Colts waived offensive lineman Khaled Holmes and three other players.