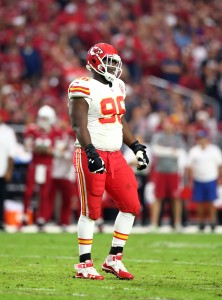 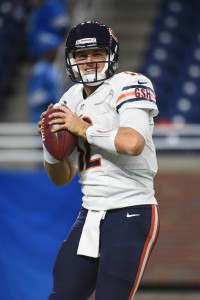 New England only has two quarterbacks on its roster after trading third-stringer Jacoby Brissett for wide receiver Phillip Dorsett last week, so the club is likely searching for depth. Of course, the Patriots’ top two signal-callers are Tom Brady and Jimmy Garoppolo, so while they don’t need an immediate arm, the team is simply keeping its options open.

All three of Barkley (49ers), McGloin (Eagles), and Fales (Dolphins) were released by their respective clubs during final cutdowns. Barkley and McGloin are far more experienced than Fales, as both have started at least six career games and attempted at least 250 passes. Fales, on the other hand, has tossed only five passes in his career, all of which came in 2016 with the Bears.

Quarterback wasn’t the only position New England addressed in today’s workouts — the Patriots also took a look at former Browns receiver Jordan Payton, per Ian Rapoport of NFL.com (Twitter link). However, Mike Reiss of ESPN.com doesn’t expect the club to add an outside pass-catcher, even given the injuries to Julian Edelman, Malcolm Mitchell, and Danny Amendola.

The Browns have reduced their roster to the league-mandated 53 players by making the following transactions:

The NFL announced that Browns rookie wide receiver Jordan Payton has been suspended four games for violating the league’s PED policy. Given that Cleveland won’t be appearing in the postseason, Payton’s first NFL campaign is now officially over. 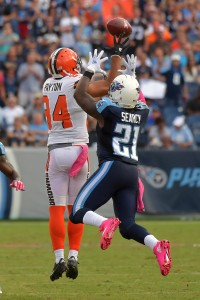 [RELATED: RG3 To Start For Browns]

Payton, 23, was selected in the fifth round of out UCLA this spring as one of the Browns’ league-leading 14 draft picks. Cleveland selected four wide receivers in this year’s draft (five including Seth Devalve, a collegiate WR who has since been converted to tight end), and Payton has been the least effective thus far. While Corey Coleman, Ricardo Louis, and Rashard Higgins have all contributed something, Payton had managed just three yards and one reception in four games.

As a mid-round rookie, Payton is earning minimum salaries for the duration of his contract, but he’ll still forfeit about $105K in base salary and roughly $15K in prorated bonus money as a result of the four-game ban.