The Eagles announced their first-year coach experienced symptoms. Although Sirianni remains hopeful to be cleared in time to coach Sunday against the Giants, the Eagles could well be without their play-caller in Week 16.

If Sirianni is unable to recover in time, passing-game coordinator Kevin Patullo will be Philadelphia’s acting HC. Offensive coordinator Shane Steichen will call plays in this scenario, Eliot Shorr-Parks of 94WIP.com tweets.

Under Sirianni’s guidance, the Eagles have reeled off one of the most successful rushing stretches in modern NFL history. They are riding a streak of seven straight games with 175 rushing yards, a run not matched since the 1985 Bears accomplished this. The Eagles’ win over Washington on Tuesday moved them to .500; FiveThirtyEight.com gives Philly a 36% chance to make the playoffs. The Eagles lost to the Giants in the teams’ New Jersey meeting, but Big Blue will not have Daniel Jones this time around.

Two head coaches — the Saints’ Sean Payton and the Browns’ Kevin Stefanski — missed last week’s games due to positive coronavirus tests. Stefanski has been cleared to return. Payton has not.

The Colts are just about finished rounding out their coaching staff for 2020. We heard earlier this week that they had hired former Eagles OC Mike Groh to be their new receivers coach, and now we have a few new additions to pass along. They’ve hired Brian Baker as defensive line coach and Tyler Boyles as assistant to the head coach, with Parks Frazier being promoted to offensive quality control coach.

They also named Kevin Patullo as their pass game specialist. Patullo had previously been receivers coach, but was reassigned when Groh was hired. Baker is a longtime veteran of the coaching game with 36 years in the business under his belt. Most recently, he served as an associate head coach and defensive line coach at Alabama last year. He spent 19 years as an assistant in the NFL from 1996-2014. Boyles is more of a fresh face who spent the past handful of years at Middle Tennessee State. This will be his first NFL experience.

Frazier had previously served as assistant to the head coach, the role Boyles was just hired for. He came from the college ranks as well, and interestingly also had a stint at Middle Tennessee in 2015. Overall Indy is retaining both of their coordinators, and Frank Reich has had very little turnover on his staff since taking over.

Let’s take a quick spin around the AFC South: 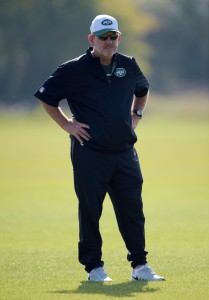 On Tuesday at media day, Darrelle Revis was asked it must be like for a Jets fan to watch him play on game’s biggest stage after making a name for himself for his first six seasons in New York. Revis didn’t have much in the way of consolation for fans of Gang Green. “It’s not really my fault,” Revis said, according to Mike Petraglia of WEEI.com. “I didn’t make the call. Management made the call at that time and they felt it was best to get rid of me. So that’s the situation. That’s how I look at it.” More on the Jets..

As our offensive/defensive coordinator search tracker shows, hirings of OCs and DCs have slowed down a little in the last few days — the teams that headed into this past weekend with job openings on either side of the ball have yet to name their new coordinators, and in some cases those clubs may wait until after the Super Bowl to announce any official decisions.

Still, that doesn’t mean there’s no forward movement on any coordinator searches. An update out of Denver headlines our latest round-up of coaching-related items, so let’s dive right in….