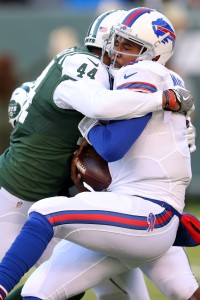 After a hectic 2016 in which he spent time with four organizations, the 25-year-old Lemonier could perhaps find some stability for 2017. He first joined the Jets in late December, which came after the 49ers, Browns and Lions waived him, and played in one game with Gang Green. Lemonier’s other eight appearances came in Cleveland, with which he recorded nine tackles, two sacks and a forced fumble.

A third-round pick of the 49ers in 2013, the ex-Auburn Tiger totaled 42 appearances during his three seasons in San Francisco. Lemonier only produced 37 tackles and a sack in that span, though.