There’s been a few updates with respect to the changes in the Panthers’ and Titans’ coaching staffs. The largest change so far, of course, is the hiring of Ben McAdoo as offensive coordinator for Carolina. On Monday, NFL Network’s Ian Rapoport confirmed that the team has made that hire official (Twitter link). 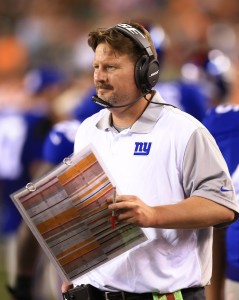 The 44-year-old comes in with a successful background at the OC level, having helped the Giants to top-ten rankings in 2014 and 2015. That earned him the head coaching position in New York, although it certainly didn’t end the way he would have wanted. Still, there are high hopes he can turn around a Panthers offense that struggled mightily in 2021, leading to the mid-season firing of Joe Brady.

Meanwhile, Josh Alper of Pro Football Talk reported that Carolina is conducting a second interview with Chris Tabor for the special teams coordinator vacancy. The Panthers fired Chase Blackburn earlier this month, and already met with Tabor, who has previously been a ST coordinator with the Browns and Bears. Unlike the first interview, this one will take place in person. Alper notes that the Panthers had offered the job to current Giants ST coordinator Thomas McGaughey, “but the two sides could not agree on a contract”.

As for the Titans, the disappointing loss on Saturday has led to at least four changes on their staff. As Sport Illustrated’s John Glennon tweets, the coaches being let go include: inside linebackers coach Jim Haslett, assistant defensive line coach Kenechi Udeze, assistant ST coach Matt Edwards and assistant strength and conditioning coach Mondray Gee. Tennessee finished the year atop the AFC, but lost in their opening playoff game for the second straight season. 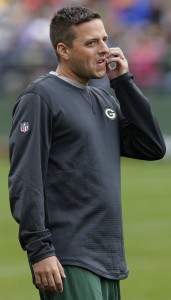 Ossenfort has been the director of player personnel in Tennessee for the past two years. Prior to the Titans, he spent 17 seasons in the Patriots’ organization, acting as the director of college scouting in his last six years in New England.

Wolf started off as a pro personnel assistant in 2004 with the Packers, where his father, Ron Wolf, served as general manager. In eight years with the team, Eliot worked his way into the director of pro personnel role, which he held for three years. In his last two seasons in Green Bay, he spent time in the roles of director of player personnel and director of football operations. He left Wisconsin for the assistant general manager position in Cleveland before taking his current position as a senior consultant in New England.

Brown had a seven-year stint as the Bears assistant director of pro personnel. He’s served as a top executive in Indy for the past five years, with Brown earning credit for his draft evaluation. He interviewed for the Falcons GM gig last offseason.

Titans Expect Derrick Henry To Be Fully Healthy In 2022

The Titans were indeed able to get superstar running back Derrick Henry back in the lineup on Saturday, marking an impressive return to the field after suffering what was initially thought to be a season-ending injury. While Tennessee wound up on the losing end of that game, it is expected that he will be fully healthy for the beginning of next season. 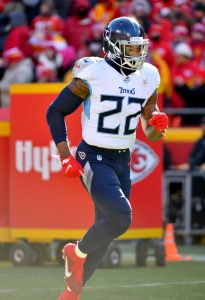 As Josh Alper of Pro Football Talk writes, Titans head coach Mike Vrabel addressed his star’s health status at a press conference on Monday. He said, “I think he’s fully healed. I know he’s fully healed”, referring to the Jones Fracture Henry suffered in Week 8. Vrabel added, “I’m sure he’ll have a great offseason”, paving the way for the 28-year-old to carry on as the league’s preeminent workhouse back.

When asked whether wear and tear led to the injury, Vrabel responded that he “didn’t get that sense from any doctor”. Henry had 219 carries in those first eight games, putting him on pace for the highest total of his career. He was ultimately able to work his way back to full health in time for the Divisional Round, allowing the team to give him 20 carries against the Bengals, although he managed to turn those into just 62 yards.

Considering the production Henry had in less than half of one season (a league-leading 937 rushing yards and 10 touchdowns), it would of course be a huge boost to the Titans if he were to be healed and able to pick up where he left off in 2022.

On the precipice of a long-rumored return, Derrick Henry is all but set to take the field Saturday. The two-time rushing champion is back on the Titans’ active roster.

The Titans activated Henry from IR on Friday. This is a procedural move, with Henry needing to be bumped up to the active roster by this afternoon in order to play against the Bengals. Linked to returning in the playoffs for several weeks now, the bulldozing running back is now eligible to do so.

Henry has not played since Week 8 but returned to practice Jan. 5. Despite missing more than half the season, Tennessee’s sixth-year back finished in the top 10 in rushing. The Titans gave their superstar an extra week to rehab by securing the AFC’s top seed. It will be interesting to see how the team deploys Henry, considering his lengthy absence due to a foot fracture.

The NFL’s rushing champion in 2019 and ’20, Henry played a significant role in Ryan Tannehill‘s turnaround and in the Titans advancing to the playoffs during those seasons. He was on pace for another 2,000-yard season this year, but the Halloween injury stalled his run. During Henry’s hiatus, the Titans landed on D’Onta Foreman as their starter. The former third-round pick should still be expected to play a role against Cincinnati, but Henry has moved back into position to reclaim his starting job.