The Bears have made another move at wide receiver. Chicago is signing wideout Dante Pettis, the receiver announced on Twitter. 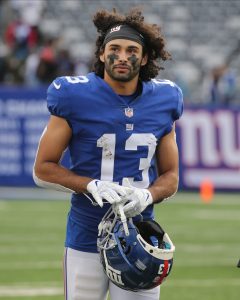 Pettis was a second-round pick by the 49ers in 2018, and he had a solid showing during his rookie campaign, hauling in 27 receptions for 467 yards and five touchdowns. Since then, the receiver has collected only 15 receptions for 185 yards and three touchdowns during stints with the 49ers and Giants.

After getting waived by San Francisco during the 2020 campaign, Pettis landed in New York. In one-plus seasons with the Giants, Pettis averaged 32.6 yards per game in five contests while adding a pair of touchdowns. The receiver’s 2021 season ended on injured reserve after he suffered a shoulder injury.

The Bears have been busy reshaping their receivers depth chart this offseason. While they let Allen Robinson walk in free agency, they’ve added Byron Pringle, Equanimeous St. Brown, David Moore, Tajae Sharpe (who they signed earlier today), and now Pettis via free agency. The team also drafted Tennessee wideout Velus Jones in the third round of the draft, meaning the majority (if not all) of the receivers depth behind Darnell Mooney will consist of newcomers.