While the Bears will not top their Mike Singletary defensive coordinator interview for candidate popularity, they reached out to a former NFC North DC this week as well.

The Bears requested an interview with Cowboys senior defensive assistant George Edwards, and the former Vikings DC met with Bears brass, Clarence Hill of the Fort Worth Star-Telegram tweets. Edwards worked in Minnesota for six seasons but spent the 2020 campaign on Mike Nolan‘s staff in Dallas.

The Cowboys had one of the worst defensive seasons in franchise history in 2020 but interviewed Edwards to replace Nolan, Hill adds. Dan Quinn, however, ended up landing the Dallas DC gig. Edwards, 53, has been an NFL assistant since 1998 and has held two defensive coordinator posts — in Buffalo and Minnesota — since 2010.

While Mike Zimmer played a major role in the Vikings ranking as a perennially stout defense during Edwards’ tenure, his top lieutenant played a key part in those units’ success as well. Minnesota’s defenses finished in the top 10 in points allowed in each of Edwards’ final five seasons. The Vikings took a considerable step back this season, though their defense lacked the talent of previous years.

The Bears’ defensive coordinator search ratcheted up in stature this week, now involving one of the biggest names in franchise history. Hall of Fame linebacker Mike Singletary met with Bears brass about their DC position this week, Adam Jahns and Kevin Fishbain of The Athletic report (subscription required).

Singletary has not coached in the NFL since being the Vikings’ linebackers coach during ex-teammate Leslie Frazier‘s Minnesota stay (2011-13), but he brings head coaching experience and quite the legacy with the Bears. The middle linebacker on their storied 1985 Super Bowl squad, Singletary earned first-ballot Hall of Fame status after his 12-year Bears career concluded.

Most recently, the ex-49ers head coach worked with The Spring League last year and as head coach of the Alliance of American Football’s Memphis Express in 2019. Singletary, 62, served as an advisor with the 2016 Rams as well. But the Chicago legend’s most notable coaching work obviously came with San Francisco.

Singletary went 18-22 with the 49ers, rising to their head coaching role in 2008 and staying through the 2010 season. While the overall results were mixed, Singletary did oversee the 2009 squad’s defense to a top-five ranking. Prior to presiding over Patrick Willis‘ early-career work, Singletary coached the Ravens’ linebackers for two seasons. The first of those, 2003, featured Ray Lewis following in Singletary’s footsteps by winning Defensive Player of the Year acclaim for the second time. 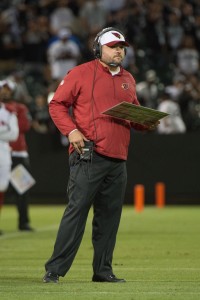 With the Divisional Round in the books, the 2021 NFL Draft order is mostly complete. The Rams, Browns, Ravens, and Saints now have their draft spots locked in, though the Rams’ first-round pick belongs to Urban Meyer and the Jaguars. The Rams traded those rights to Jacksonville as a part of the Jalen Ramsey blockbuster.

Here’s the updated draft order, through the top 28: 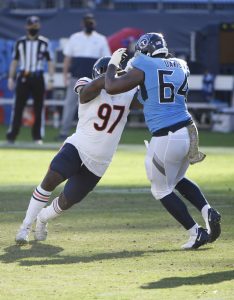 The Bears will need to hire a new defensive coordinator, but their power structure is otherwise expected to remain in place. 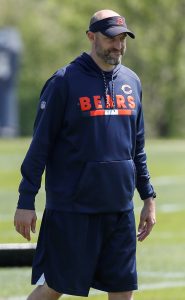 Matt Nagy and GM Ryan Pace are expected to stay on in their respective roles, Brad Biggs of the Chicago Tribune tweets. Pace has been with the Bears since the 2015 season, hiring Nagy in 2018. The results have been mixed, and one fateful draft decision has largely defined this era of Bears football, but it appears ownership is content after a second playoff berth in three seasons.

Pace’s decision to trade up to No. 2 overall and draft Mitchell Trubisky has proven to be one of the modern draft’s premier missteps, with Patrick Mahomes and Deshaun Watson becoming superstars fairly quickly while Trubisky struggled. The Bears declined Trubisky’s fifth-year option, and Nagy benched the embattled starter in September. However, the Bears turned back to their young passer late this season and managed to make the playoffs despite a six-game losing streak. The Saints then dispatched the NFC’s No. 7 seeded-squad in a game that saw the Bears gain just 140 yards prior to a garbage-time drive.

While Pace did well to build a championship-caliber defense — trading for Khalil Mack, signing Akiem Hicks and drafting Eddie Jackson and Roquan Smith — Chicago’s offenses have capped that unit’s relevance. The Bears lost DC Vic Fangio after the 2018 season and will now be searching for a successor to the retiring Chuck Pagano. Chicago’s defense has ranked in the top 10 in DVOA over the past three seasons, but some of its key players — Mack, Hicks, Danny Trevathan and Robert Quinn — are either north of 30 or will be by the 2021 season.

Nagy earned Coach of the Year honors in 2018, with the ex-Chiefs OC elevating Trubisky considerably that year and ending a seven-season Bears playoff drought. The Bears finished fourth in the NFC North in each of the three Pace-John Fox seasons, but their 2018 slate did not prove to be an indication of an imminent ascent. The team has gone 8-8 in each of the past two years and has ranked no higher than 22nd in scoring or total offense in that span, despite the 2020 playoff berth in an expanded postseason.

It is not certain if Nagy will have a new quarterback to work with in 2021, but is does look like the young head coach has done enough to earn a fourth season in Chicago. The team still has Nick Foles under contract for 2021 but will add another starting-caliber passer — via Trubisky extension or via outside acquisition — ahead of next season. The Bears have also featured little in the way of proven weaponry outside of Allen Robinson, who is a free agent. Pace’s work reassembling Chicago’s offense this offseason will go a long way toward determining his and Nagy’s long-term futures.