Could Richard Sherman return to SF? When speaking with reporters, 49ers GM John Lynch wouldn’t rule out the possibility (via Cam Inman of the San Jose Mercury News). 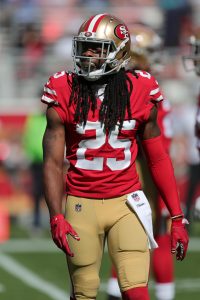 “He handled himself incredibly well,” Lynch said of Sherman, who has not been signed since his off-the-field incident in July. “He had a momentary lapse and has to be held accountable for that; he understands that. He also has a decade of doing good for people and overcoming challenges.”

This jibes with recent word that Sherman is a possibility for the Niners, as well as the Buccaneers and Seahawks. Still, Lynch doesn’t sound like he’s ready to put a deal on the table just yet.

“We’re good with where we are at [with our cornerbacks right now],” Lynch said. “Who knows? We could need him down the road. Most of all, I’m pulling for him and his family. He’s going to overcome this and do great things.”

Sherman, 33, was a Seahawks a cap casualty in 2018. That brought him to the Niners, where he turned in a so-so 2018 and a strong 2019. That year, he earned a second-team All-Pro nod while helping the 49ers to a Super Bowl appearance. A calf injury kept Sherman out of eleven games last year, but the accomplished cover man is said to be in good shape. He may still have a suspension on the horizon, but he’ll likely land a deal sometime this year.

The 49ers were consistently connected to Aaron Rodgers during the early parts of the quarterback’s standoff with the Packers. Today, 49ers head coach Kyle Shanahan acknowledged that his team had reached out to the Packers about a potential trade. 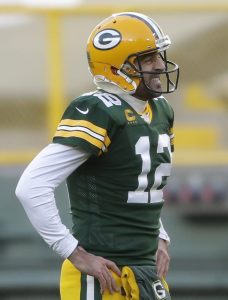 “I thought it’d be a quick no,” Shanahan told (via Mike Florio of ProFootballTalk). “Which was exactly what I thought it would be. But you hear enough stuff and I think everyone knew what was going on at that time that it didn’t seem like it [wasn’t] worth the call, but I know how we would’ve felt if it was going to happen and we didn’t call. So, you call, you get a quick answer which what was what you’re expecting and then you move on.”

We previously heard that the 49ers were on Rodgers’ wish list, and the Packers even accused the 49ers of tampering after the team reached out directly to the QB. In other words, it’s not a huge surprise that the 49ers had approached the Packers about a trade, but Shanahan’s confirmation is a nice touch.

Ultimately, the 49ers decided to go in a different direction, as they went all in on a trade for third-overall pick Trey Lance. Jimmy Garoppolo remains the starter in San Francisco, but the team will eventually hand over the reigns to the North Dakota State product.

Shanahan will get a front row seat to ‘what could have been’ this weekend, as the 49ers take on Rodgers and the Packers on Sunday evening.

With major injury issues at running back, the 49ers continue to bring in outside talent at the position. They are adding former Washington back Chris Thompson to their practice squad.

Thompson’s Washington stint lasted long enough he has a history with Kyle Shanahan. Washington drafted the pass-catching back in the 2013 fifth round, when the current 49ers HC remained Washington’s offensive coordinator. The eight-year veteran will now join the 49ers, who have seen injuries inject considerable uncertainty into their backfield.

Thompson, 30, spent last season with the Jaguars but did not factor into their offense much during James Robinson‘s standout rookie season. The 49ers are without Raheem Mostert for the rest of the season and have Jeff Wilson on the reserve/PUP list. Elijah Mitchell, Trey Sermon and JaMycal Hasty battling injuries. Mitchell and Hasty, who are respectively dealing with shoulder and ankle maladies, did not practice Wednesday. Sermon suffered a concussion in his NFL debut Sunday.

Washington used Thompson as its passing-down back for several years, with the Florida State product initially supplementing Alfred Morris before ending his D.C. career playing alongside Adrian Peterson and Derrius Guice in 2019. Thompson eclipsed 700 scrimmage yards in two seasons and earned an extension in 2017. The veteran backup auditioned for the Bears this week but will end up heading to San Francisco.

Some injury updates from around the NFL: