Matt Gay has signed his tender. The restricted free agent kicker has re-signed with the Rams, reports Jourdan Rodrigue of The Athletic (on Twitter). 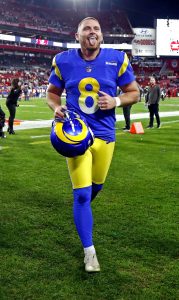 Following a breakout 2021 campaign where he earned his first career Pro Bowl nod, the Rams slapped Gay with a restricted free agent tender. The one-year tender will lock the kicker into a $2.54MM salary for the 2022 campaign.

Gay had stints with the Buccaneers and Colts before catching on with the Rams in 2020. He got into seven games during his first season with the organization, and he had the full-time gig by the time the 2021 campaign came around.

This past season, the 28-year-old connected on 32 of his 34 field goal attempts and 48 of his 49 extra point tries. Gay also came through in the playoffs, converting 80 percent of his field goals and all 11 of his extra point attempts. This included a Super Bowl-winning performance where the kicker finished with five points. 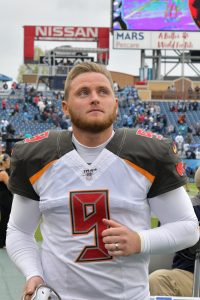 Despite the three Pro Bowl selections on his resume, Larry Warford‘s standing with the Saints is in flux. The Saints have been pondering his status throughout the offseason, according to Larry Holder of The Athletic.

Warford has started in every game he’s played throughout his career, including these last three Pro Bowl seasons with the Saints. Still, Sean Payton followed through on his promise to prioritize the interior line by drafting center Cesar Ruiz in the first round. He’s also indicated that Ruiz could be a first-stringer and that Warford will have to compete for his starting gig.

Warford is still on the right side of 30 (he turns 29 in June), but the Saints aren’t sold on him. It’s a situation to monitor as he enters the final year of the four-year, $34MM deal he inked as a free agent in 2017. If released, Warford would count for $5.125MM in dead money versus $7.75MM in cap savings.

The Saints are giving real thought to shedding that deal, especially with a combined $28MM committed to Terron Armstead and Andrus Peat in 2020. They also have an extension on the horizon for standout tackle Ryan Ramczyk, who just recently had his 2021 option exercised.

More from the NFC South: