The Steelers are expected to extend linebacker Alex Highsmith this offseason, according to Mark Kaboly of The Athletic (subscription required). In Kaboly’s estimation, a new contract for the Charlotte product is “a done deal.” 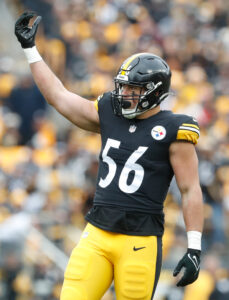 A 2020 third-rounder, Highsmith will be extension-eligible for the first time at season’s end, and he has certainly earned a hefty raise on his rookie salary. Through 13 games this season, he has compiled a career-best 10 sacks, and that statistic in and of itself would make him a hot commodity if he were on the open market. His pass rush work is supported by a strong Pro Football Focus grade against the run (70.5) and a stellar mark in coverage (88.4).

So, despite Kaboly’s acknowledgement that Highsmith has been inconsistent at times, it is clear — as head coach Mike Tomlin has stated — that he is an ascending player who has yet to reach his ceiling. Pittsburgh has been ranked in or near the bottom-10 in terms of total defense over the last two seasons, but in T.J. Watt and Highsmith, the club boasts one of the best OLB tandems in the league.

Watt, who has played in only six games thus far in 2022 due to a pectoral injury and knee surgery, signed a record-setting four-year, $112MM contract last September, which features $80MM in guaranteed money. While Highsmith’s next contract will certainly not be in that stratosphere, a ~$17MM/year deal akin to those signed by players like Harold Landry and Shaquil Barrett would seem to be a fair ask. Plus, as long as the Steelers’ presumptive starting quarterback (Kenny Pickett) is playing on a rookie contract, the team can afford to splurge on other areas of the roster, especially at premium positions.

In related news, Steelers defensive lineman Chris Wormley has suffered a torn ACL, per Ian Rapoport of NFL.com (via Twitter). Wormley was placed on IR earlier this week, thereby bringing an end to a disappointing platform year. Acquired via an intra-divisonal trade with the Ravens in 2020, Wormley did enough that year to earn a two-year, $4.5MM deal with the Steelers the following offseason.

Wormley, 29, more than lived up to that contract in 2021, starting 14 games, logging a 71% snap share, and posting seven sacks. This year, he was relegated to more of a rotational role and will now enter free agency in the midst of recovery from ACL surgery. 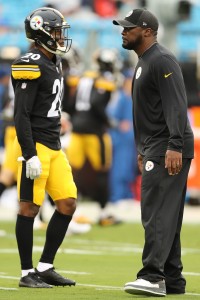 The Patriots’ defense struggled in their Wild Card loss to the division rival Bills. That struggle could perhaps have a noticeable effect on cornerback J.C. Jackson‘s future. An undrafted free agent in 2018, Jackson was on a one-year extension this season, meaning last week’s loss is the last game he will have played before potentially hitting the free agent market.

The game was possibly Jackson’s worst in his four-year career, according to Mike Reiss of ESPN, who called out Jackson’s technique playing the ball, coverage breakdowns, and overall effort. Reiss went on to deliberate on the odds of New England tagging the second-team All-Pro, which currently projects as a $17.28MM tag. Reiss believes that Jackson’s playoff performance could prevent New England from using their franchise tag on him at all. The Patriots could always agree on an extension with Jackson, but after an impressive, healthy season, the 26-year old will likely want to test the free agency waters.

Here are a few more notes from the AFC, starting with an item out of the North:

The Steelers just let Tyson Alualu walk to the Jaguars in free agency, but they aren’t letting all their big guys up front head out the door. Pittsburgh is re-signing defensive tackle/end Chris Wormley to a two-year deal, a source told Mark Kaboly of The Athletic (Twitter link).

Jordan Strack of WTOL 11 was first to tweet the news. Pittsburgh sent a 2021 fifth-round pick to the Ravens in a rare inter-division trade to acquire Wormley almost exactly a year ago. Baltimore had originally drafted him 74th overall back in 2017. Wormley has played both in the middle and on the end, and stands at 6’5 and 300 pounds.

He started 13 games for Baltimore between 2018-19, then moved into a rotational role in Pittsburgh last year. He missed three games due to injury, and played just under 20 percent of the defensive snaps when he was active. He finished with three QB hits and a sack in his relatively limited action.