The Eagles released longtime DT Fletcher Cox last month to avoid having $18MM of what he was due under his prior contract becoming fully-guaranteed. The club then re-signed him to a one-year, $14MM contract several days later, which, according to Jeff McLane of the Philadelphia Inquirer, is “real” (meaning that Cox will actually earn that money and that the $14MM figure is not inflated by incentives). However, the deal does include two void years to flatten the cap charge, which was especially important since the release already created considerable dead money on the Eagles’ books for the 2022-23 seasons.

Even though Cox is coming off a season in which his play showed noticeable signs of decline and in which he publicly complained about the club’s defensive scheme, his $14MM payout is still $4MM more than what any other free agent interior D-lineman received on a per-year basis this offseason. That has led to plenty of questions about why the Eagles authorized such a contract, but owner Jeffrey Lurie suggested other clubs were willing to pony up for the six-time Pro Bowler, thereby necessitating the financial outlay.

McLane reports that the Eagles did call at least three teams in March to discuss a Cox trade, but just like their in-season trade talks in 2021, the more recent discussions were undermined by Cox’s prior contract and GM Howie Roseman‘s high asking price.

Now for more out of Philadelphia: 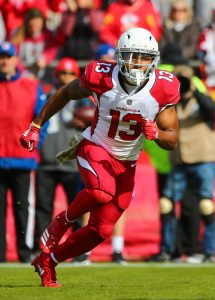 The Jaguars are giving Kirk a four-year, $72MM deal, one that Ian Rapoport of NFL.com indicates (via Twitter) can max out at $84MM. A lot will be on the former second-round pick’s shoulders, as the Jaguars will expect him to be Trevor Lawrence‘s No. 1 target.

Kirk will collect a $20MM signing bonus, with ProFootballNetwork.com’s Aaron Wilson tweeting his 2022 and ’23 base salaries ($1.5MM and $15.5MM, respectively, are guaranteed). The deal comes with $37MM fully guaranteed, Pelissero tweets. Each year contains $3MM in incentives, creating the $84MM ceiling. Kirk is now among the NFL’s top 10 for receiver contracts, something that has not gone unnoticed among the wideout community Monday.

Kirk, 26 in November, put up solid complementary numbers in his first three seasons in the desert. His best campaign of that stretch came in 2019, when he posted 69 catches for 709 yards. The 2018 second-round pick took a big step forward in 2021, however, notching career-highs in receptions (77) and yards (982) while finding the end zone five times. That was Kirk’s first full slate as a pro and his first where he truly lived up to his pre-draft hype.

The cash-strapped Cardinals didn’t have the space to keep him, but the Jaguars were happy to put him on their books. He’s just the latest high-priced addition for Jacksonville, joining offensive lineman Brandon Scherff, linebacker Foye Oluokun, and defensive tackle Folorunso Fatukasi.

Without Kirk, the Cardinals will have to find more pass-catchers to support DeAndre Hopkins and Rondale Moore. On the plus side, they’ve re-upped tight end Zach Ertz on a three-year contract.

After acquiring tight end Zach Ertz in a trade with the Eagles in mid-October of last year, the Cardinals are finalizing a new multi-year deal for the nine-year veteran, according to Tom Pelissero of NFL Network. The three-year deal is set to keep the 31-year-old among the top-10 highest-paid tight ends in the NFL. 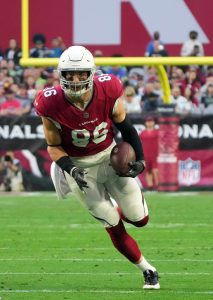 Ertz is a three-time Pro Bowler who set the NFL-record for single-season receptions for a tight end in 2018 with 116 catches, which trailed only Saints’ receiver Michael Thomas for the league lead among all pass-catchers. Ertz was consistently productive in Philadelphia, recording five-straight seasons with at least 800 receiving yards.

After taking a back seat role to the Eagles’ younger tight end Dallas Goedert, the Cardinals made the move to acquire Ertz and watched him thrive in the new system. Ertz’s 11 games in Arizona in 2021 showed far more production than the 11 games he played in Philadelphia the year prior. With wide receivers Christian Kirk and A.J. Green set to hit the free agent market this week, locking down their tight end was a must.

The three-year deal will be worth $31.65MM with a guaranteed amount of $17.5MM. The annual average value of $10.55MM ranks 10th among NFL tight ends, just below David Njoku, Mike Gesicki, and Dalton Schultz, who got franchise tagged for $10.93MM. With this deal Ertz is now off the crowded tight end market, along with the three who were tagged. Remaining options for those looking for tight ends are C.J. Uzomah, Robert Tonyan, Evan Engram, and Will Dissly.

The Texans have agreed to a brand new deal with linebacker Christian Kirksey (Twitter link via Aaron Wilson of Pro Football Network). Financial terms are not yet known, but it’ll be a two-year pact to keep him under contract through the 2023 season. 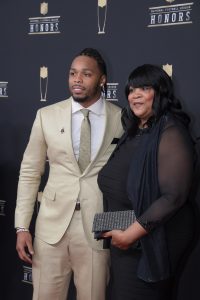 Kirksey, 30 in August, joined the Texans on a low-cost one-year deal last year. He went on to suit up for 13 games with 12 starts, emerging as one of the more productive defenders in Houston. In total, Kirksey finished 2021 with 93 stops, eight passes defensed, two quarterback hits, and a pair of fumble recoveries. The Texans were said to be prioritizing him and that was indeed the case — his deal is done before the start of free agency next week.

Kirksey came into the league as a 2014 third-round pick of the Browns. He went on to play a key role on some otherwise bad Browns teams, earning a fat extension worth upwards of $10MM/year. Unfortunately, injuries derailed him in 2018 and 2019, leading to his release. His eleven-game 2020 with the Packers — which featured 77 tackles and two sacks — was an improvement, but not in line with his early work. Now, Kirksey seems to have found a home in Houston.

The Cardinals have been a topic of conversation largely due to the Kyler Murray situation. They have a number of other pressing matters on their roster, though, including some key decisions in the wide receiver room. NFL Network’s Tom Pelisseo lists Christian Kirk as someone who could fetch a large offer on the open market if he leaves Arizona.

Specifically, Rapoport states that “it wouldn’t be a shock” if Kirk, 25, were to land a contract of $15MM per year or more. That figure far outweighs the cap space Arizona currently has (just under $5.5MM), which – coupled with the other moves the team figures to make in the coming days and weeks – points to Kirk hitting the open market.

A second round pick in 2018, Kirk put up solid complimentary numbers in his first three seasons in the desert. His best campaign of that stretch came in 2019, when he posted 69 catches for 709 yards. He took a step forward in 2021, however, notching career-highs in receptions (77) and yards (982) while finding the endzone five times. This season was the first in which Kirk played a full campaign.

While the Cardinals may be inclined to let Kirk walk if he received sizeable offers from other teams, doing so could leave them surprisingly short on pass catchers. Behind DeAndre Hopkins and Rondale Moore, the next wideout under contract for 2022 (assuming Andy Isabella is traded) is Antoine Wesley. Veteran A.J. Green, along with tight end Zach Ertz are both pending free agents, though they could each conceivably be brought back considering their production last year.

If Kirk does sign a lucrative contract as Pelissero suggests, it would be one of the most notable deals within a free agent class which has, in recent days, shrunk in size to include the likes of Allen Robinson, JuJu Smith-Schuster and DJ Chark. It would also likely leave the Cardinals in search of a less expensive complementary piece to maintain one of the league’s most potent passing attacks. 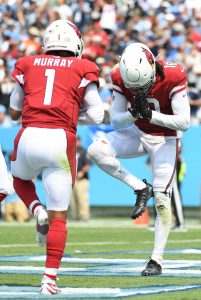