Tre Herndon is returning to Jacksonville. The Jaguars have re-signed the cornerback, reports Aaron Wilson of ProFootballNetwork.com (via Twitter). 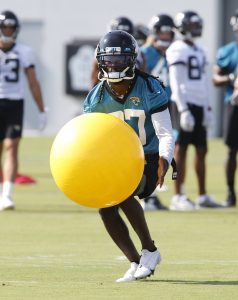 Herndon has spent his entire career with the Jaguars, and he’s seen an inconsistent role through his first four years in the league. He started 26 games for the organization between 2019 and 2020, but he only started three of his nine games in 2021. A knee injury delayed his start to last season, and he was also inactive for five of the team’s final 10 games.

Still, Herndon managed to compile 17 tackles while playing a role on special teams. In total, the 26-year-old has collected 161 tackles and three interceptions in 52 career games.

The cornerback will presumably play behind Shaquill Griffin and Rudy Ford in 2022.

The Jaguars have re-signed cornerback Tre Herndon, per a club announcement. Terms of the deal are not yet known. 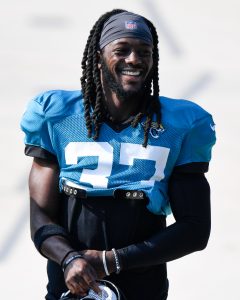 Herndon, a former UDFA, was set for restricted free agency. The Jaguars could have retained him for roughly $2.1MM – instead, they hashed out a new deal.

The Vanderbilt product started in 12 of his 14 games last season, bringing him to a total of 26 starts over the last two seasons. He finished out 2020 with 76 tackles and one sack while grading out as Pro Football Focus’ No. 90 ranked cornerback out of 121 qualifiers.

Now set to enter his fourth season in the NFL, Herndon is likely to be slotted as a reserve. Last year, Herndon was one of the Jags’ most penalized players with seven flags. Rookie C.J. Henderson will return as a starter, but the Jaguars will be looking to reboot the rest of their CB group. They’ll have a pretty clean slate, as corners D.J. Hayden, Sidney Jones, and Greg Mabin approach the open market.

The Jaguars have signed the following 13 undrafted free agents:

Meeks skipped his senior season at Stanford with the belief that he would be a Day 3 draft pick. That call never came, so he’ll have to scrap for his opportunity to make the Jaguars’ final cut. Lazard also seemed to have a decent chance at getting drafted after setting Iowa State records with 231 passes and 3,218 yards over the course of his collegiate career.

The Jaguars now have have one open spot on their 89-man roster after releasing wide receiver Jaelen Strong and punter Brad Nortman.