Bradley McDougald is back in free agency. Three weeks after signing the veteran safety, the Titans released him Tuesday. However, this essentially amounts to a demotion. The Titans are signing McDougald to their practice squad.

Since McDougald is a vested veteran, he does not have to pass through waivers to join Tennessee’s taxi squad. Salary guarantees may be a factor here. Teams can release vested vets now to avoid full-season guarantees, which take effect in Week 1, making it possible McDougald returns to the Titans’ active roster next week on a team-friendlier agreement.

The Titans signed McDougald to a one-year deal worth $1.1MM. That would have become guaranteed had McDougald been on Tennessee’s active roster in Week 1. The team has Dane Cruikshank and Matthias Farley in place as their backup safeties going into their season opener.

McDougald, 30, spent three seasons as a Seahawks starter before the team included him in 2020’s Jamal Adams trade. The Jets deployed McDougald as a starter during their 2-14 season but saw him go down midway through the year. The Jets let McDougald walk this year. The 49ers represented McDougald’s only non-Titans connection this offseason.

The Jets already signed Dan Feeney to give them some interior offensive line depth last month, and now they’re making another similar move. New York has agreed to a deal with Corey Levin, a source told Connor Hughes of The Athletic (Twitter link). 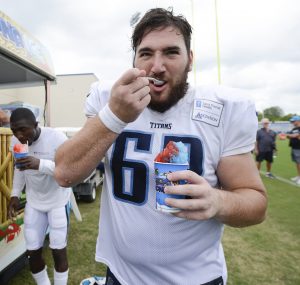 Levin entered the league as a sixth-round pick of the Titans back in 2017. He didn’t play as a rookie, but then appeared in all 16 games and made a start in 2018. He was waived at final cuts the following year, and spent a bit of time with the Broncos and Bears in 2019. This past season, he was with the Bears in training camp and briefly on the Patriots’ practice squad.

The Chattanooga product is still only 26, and is the latest dart throw for GM Joe Douglas. Levin has experience at both guard and center, so his versatility could help him make the team this fall.