After seeing restricted free agent Ryan Bates sign an offer sheet with the Bears, the Bills faced the decision of matching it or watching him leave for no compensation. Today, they have decided on the former course of action, reports NFL Network’s Ian Rapoport (on Twitter). Brad Biggs of the Chicago Tribune reports that the contract is worth $17MM over four years (Twitter link). He adds that the first two years (valued at just under $9MM) are guaranteed. 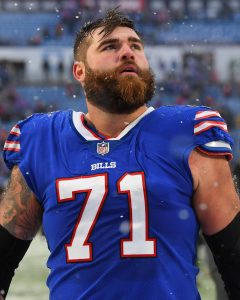 Bates took over as the Bills’ starting left guard in Week 15 of this season, and held that role through to the end of the year and the playoffs. It was the most significant playing time of his three years in the NFL. Despite the limited workload he’s handled to date, his play down the stretch generated plenty of interest. The Bills tendered him at a rate of just over $2.4MM, leaving the door open to an offer sheet coming into play.

Bates visited with the Vikings, Patriots and Bears before ultimately signing an offer sheet with the latter. Chicago was looking to add to the interior of their line, having lost guard James Daniels to the Steelers earlier this offseason. Now, they will continue to search for a replacement in the second and third waves of the free agent market.

The Bills, meanwhile, are indeed able to retain one of their breakout players from last year. Some felt they should have tendered Bates at the second-round level to assure themselves of draft compensation, but now they have him under contract for the medium-term future.

After his impressive performance with the Bills down the stretch this past season, guard Ryan Bates was thought to be one of the most sought-after restricted free agents. It’s not surprising, then, that Brad Biggs of The Chicago Tribune reports (on Twitter) that he “intends to sign an offer sheet” from the Bears.

Pro Football Network’s Aaron Wilson tweets that Bates is indeed signing with Chicago. As a result, the Bills now have five days to decide whether or not they will match the Bears’ offer. Bates, 25 was given an original-round tender of $2.433MM by Buffalo. Because he was a UDFA, however, the Bills would not receive any draft pick compensation should they decline to match (as opposed to, for instance, the second-round pick they would be in line for had they tendered him at just under $4MM).

Bates took over the starting left guard spot in Week 15 of the 2021 campaign, and held on to it for the remainder of the season. While his time as a starter was limited to that stretch, his play generated plenty of interest. It was reported last week that Chicago was among three teams – the others being the Vikings and Patriots – who met with the Penn State alum. It became clear early on in that process that an offer sheet was a distinct possibility.

Now, the Bills face a decision which wouldn’t have seemed likely after Bates’ first two (start-less) seasons in the NFL. Much of their next move will, of course, depend on the specifics of Chicago’s offer. In any event, this will remain a key storyline for both teams for the next few days.

It appears one of the top candidates for an offer sheet this offseason is Bills guard Ryan Bates. The restricted free agent has visited with the Vikings, reports Chris Tomasson of The St. Paul Pioneer Press (on Twitter).

Bates, 25, was given an original-round tender by the Bills earlier this week, valued at $2.433MM. As a former UDFA, the Bills would be able to match any potential offers he receives. That could become very relevant, as Tommasson notes that the Vikings “have interest in extending an offer sheet”, after their meeting with Bates reportedly went well.

He adds that Bates has visits scheduled for next week with the Patriots and Bears. The Penn State product was a backup during the first two of his three seasons in the league, as well as much of the 2021 campaign. However, he stepped in as the starting left guard in Week 15, and never looked back.

In his 294 snaps played this year, PFF credits Bates with no sacks allowed and only one penalty committed. His ability to help fortify the Bills’ offensive front has generated not only a desire for Buffalo to hang on to him, but also plenty of outside interest, clearly.

After his visits with New England and Chicago – and any others which take place – there should be more clarity on what other teams are willing to offer him, and how far the Bills are willing to go to match. 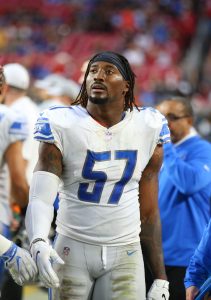