Titans running back Darrynton Evans is headed to the injured reserve list again, per a club announcement. This time, he won’t be able to return. 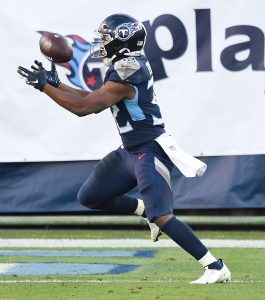 Evans spent the first six weeks of the season on the IR list before returning to face the Chiefs on Sunday. Unfortunately, he re-aggravated his knee injury after just two carries and two catches. Injuries have plagued the 23-year-old throughout his pro career.

The Titans had high hopes for the third-rounder in 2020, but he was limited to just five games as a rookie. Now, he’ll head into 2022 with little pro experience and an uphill battle to make the final cut.

Derrick Henry and Jeremy McNichols stand as the Titans’ only healthy running backs. They’ll almost certainly add a third before Sunday’s matchup against the Colts. One of their two practice squad RBs — Dontrell Hilliard or Mekhi Sargent — could get promoted to the practice squad. Or, the Titans could circle back to D’Onta Foreman, who auditioned for Mike Vrabel & Co. on Wednesday.