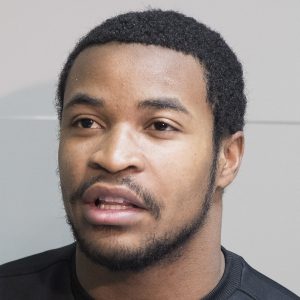 The Jaguars have signed fourth-round pick Josiah Scott, according to a team announcement. Per the terms of his slot, Scott is slated to earn roughly $3.9MM over the course of his four-year deal.

The Jags are expected to use Scott as a nickel specialist and special teams player. He can’t stick every receiver at 5’9″, but he’s tough and scrappy with an advanced football IQ for his age. Scott, the No. 137 overall pick in the draft, left Michigan State after tallying six picks across three seasons.

Jaguars GM Dave Caldwell sees Scott as a solid value pick. Had it not been for a torn meniscus in his sophomore season, Scott could have wound up going much higher. Today, he’s healthy, and still crazy fast – his 4.42 second 40-yard-dash was the fifth-best showing at the combine in February.

Here’s the full rundown of the Jaguars’ draft class, via PFR’s tracker: