Typically, a regime change is not good news for a struggling former draft choice, as a team’s new power brokers do not necessarily have the same attachment to that player as their predecessors. But as Ryan Dunleavy of the New York Post writes, Giants OLB Oshane Ximines is an exception to that rule. 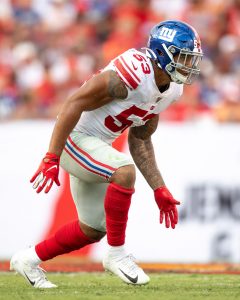 Under former head coach Joe Judge and defensive coordinator Patrick Graham, Ximines was used in a rotational role for the first seven games of the 2021 season, averaging roughly 23 snaps per game. In a Week 8 matchup against the Chiefs, Ximines’ offsides penalty negated a fourth quarter interception that may have cost the Giants the game, and in the final nine games of the season, Ximines was a healthy scratch six times and played just one defensive snap.

In Dunleavy’s opinion, Ximines — the first Old Dominion player to ever be selected in the NFL draft — would have been cut if New York had elected to retain Judge. Of course, the team fired Judge, Graham left to take the defensive coordinator post with the Raiders, and the new Big Blue HC/DC tandem of Brian Daboll and Don “Wink” Martindale is prepared to give Ximines a clean slate.

“You want to try to do it your way, be true to yourself, give the guys opportunities to be themselves, let them either get with the program or not get with the program,” Daboll said. “Sometimes it’s hard as a coach not to have any preconceived notions about players, staff, whoever it may be, because it’s such a small group. But I think everybody should be afforded that opportunity.”

This will actually be the second staff overhaul that Ximines has weathered. He was drafted in the third round in 2019, when Pat Shurmur was head coach and James Bettcher was operating as defensive coordinator, and in his rookie campaign, he showed a fair amount of promise. In 16 games (two starts) in 2019, he posted 4.5 sacks and 25 pressures. He started three of the first four games of the 2020 season — the first year of the Judge era — but a shoulder injury ended that year prematurely. In 2021, he could not return to the form he showed as a rookie before being benched.

The Giants have invested considerable draft capital into their pass rushing contingent since Ximines turned pro, adding Azeez Ojulari and Elerson Smith in the second and fourth round, respectively, in 2021, and selecting Kayvon Thibodeaux with the No. 5 overall pick of this year’s draft. The team also signed Jihad Ward in March and is still rostering 2021 sixth-rounder Quincy Roche, who was claimed off waivers from the Steelers before the 2021 regular season got underway. Roche would go on to appear in 14 games (three starts) for New York last season, generating 2.5 sacks.

So, clean slate or not, Ximines will have his work cut out for him as he seeks to carve out a meaningful role in his platform year. Still, Martindale’s aggressive, blitz-happy approach could allow him to find some success and reestablish his value.

“There is going to be a lot of opportunity to share the cake, so I’m excited to see how it goes,” Ximines said. “There is a looser leash on you. You can just go create pressure, and that’s always fun.”

Part of 2019’s Odell Beckham Jr. trade, Jabrill Peppers is going into his fifth-year option season. However, the Giants‘ three-year, $31MM extension for Logan Ryan back in December may well have signaled they are OK moving on from the former first-round pick after this season, Dan Duggan of The Athletic writes (subscription required). The Giants signed Ryan shortly after Xavier McKinney suffered a broken foot and extended him toward the end of the year. By season’s end, the team had Ryan, Peppers and McKinney available. Ryan and McKinney are signed through 2023, though Ryan has no guarantees beyond this year. While Peppers (25 starts as a Giant) would attract interest as a 2022 free agent, his role and performance this season will go a long way toward determining his long-term value.

Of the players that changed teams in that 2019 deal, Peppers, Beckham and Dexter Lawrence — the first-round pick the Browns sent to the Giants — remain with their teams. Kevin Zeitler and Olivier Vernon are not. With Beckham’s long-term status in Cleveland uncertain and Peppers in a contract year, Lawrence may be the only holdover from this trade come 2022. Here is the latest from the NFC:

David Njoku is back. The Browns announced this morning that they’ve activated the tight end from the injured reserve.

The 24-year-old suffered a knee injury during Cleveland’s season opener, and he was subsequently placed on IR. He was designated for return earlier this week, and coach Kevin Stefanski indicated that Njoku would see the field sooner than later. The tight end had three receptions for 50 yards and one touchdown in Week 1, surpassing some of the totals he compiled during his injury-plagued 2019 campaign.

Njoku requested a trade back in July, only to rescind it in early August. While the former first-rounder sits behind free agent addition Austin Hooper on the depth chart (and has to battle the likes of Odell Beckham Jr., Jarvis Landry, and Kareem Hunt for targets), Njoku should still see a role in the offense going forward.

The Giants have an agreement in place with 2019 third-round linebacker Oshane Ximines, per Jordan Raanan of ESPN.com (via Twitter). The Old Dominion product is expected to sign his rookie deal Monday morning, when rookies report for training camp. 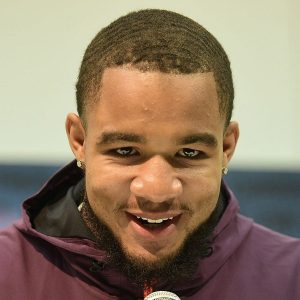 Big Blue is in dire need of pass rush help, having jettisoned Jason Pierre-Paul and Olivier Vernon over the past two years. To that end, the club signed Markus Golden to a low-risk, high-reward free agent contract this offseason, and they drafted Ximines, whose sack production steadily increased throughout his collegiate career.

Ximines posted 11.5 sacks and 18 tackles for loss for Old Dominion in 2018, and while it’s difficult to read too much into raw numbers for players at smaller programs, he does have a fairly complete repertoire of pass rushing techniques. He will need to improve his run defense to become an every-down force, but he should at least get plenty of burn on passing downs as he works to refine the rest of his game.

With Ximines about to be under contract, only No. 6 overall pick Daniel Jones remains unsigned. Ximines’ contract will be a four-year deal worth $3.56MM and will feature an $833K signing bonus.