Jaleel Johnson is headed to New Orleans (Twitter link via NFL.com’s Ian Rapoport). On Saturday, the former Texans and Vikings defensive tackle agreed to a one-year deal with the Saints, adding serious bulk to the rebuilding club. 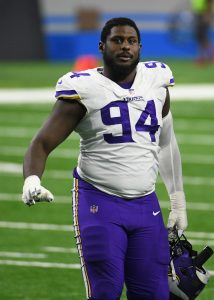 Johnson, 28 in July, spend the first four years of his career in Minnesota, where he appeared in 53 games for 20 starts. He hooked on with the Texans last year, seeing time in 12 games as a reserve.

While he’s not a household name, Johnson has carved out a role as a serviceable run-stuffer. Listed at 6’3″, 316 pounds, he’s also managed to get to the quarterback on occasion. In 2019, for example, he notched 3.5 sacks from the interior of the Vikings’ line.

The Saints front office is putting in work this weekend, having also re-upped safety P.J. Williams on a one-year deal.