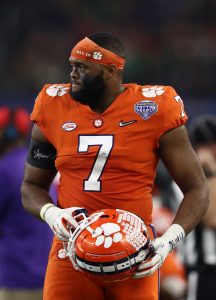 Although Kyler Murray placing himself into this year’s draft-eligible quarterback crop increased the buzz surrounding it, the 2019 class has not brought the intrigue 2018’s did. Murray and Dwayne Haskins enter the Combine as the top QBs, and Daniel Jeremiah of NFL.com rates the Heisman Trophy winner over the more traditional prospect. However, Jeremiah said (via Mary Kay Cabot of cleveland.com) neither Murray nor Haskins would have ranked among the top-three quarterback prospects in last year’s draft. The longtime draft analyst would place Murray alongside Josh Allen and Haskins in between those two and Lamar Jackson, if all seven players were in one draft. With a 2020 draft group expected to be better than 2019’s, teams will have to weigh risks that come with selecting a passer in this year’s prospect pool.