The Falcons have placed guard James Carpenter on IR, as D. Orlando Ledbetter of the Atlanta Journal-Constitution reports (via Twitter). Carpenter has missed the team’s last two contests with a concussion, and Atlanta has decided to play it safe with the 30-year-old vet.

Carpenter, a former first-round pick of the Seahawks, spent the first four years of his career in Seattle and the next four with the Jets. He hooked on with the Falcons shortly after free agency opened this past March, signing a four-year, $21MM pact with the club.

As that contract suggests, Carpenter has generally been a serviceable player, but not a great one. The Alabama product started all 11 games in which he appeared this year before succumbing to the concussion, but he has yielded four sacks (tied for 13th-most in the league) and has committed seven penalties (tied for sixth-most). Advanced metrics are also not fond of his work this year.

However, he has started 108 out of a possible 114 games in his career with three different teams, so he must be doing something right. The Falcons focused heavily on their O-line in the draft this year, and since they wouldn’t save a ton of money against the cap by cutting Carpenter, it seems as though he’ll be back in 2020 while Atlanta addresses areas of more pressing concern.

In a corresponding move, the Falcons signed OL Sean Harlow.

For the second straight season, Ito Smith will land on the injured reserve. The Falcons announced today that they’ve placed the running back on the injured reserve (via the team’s website). Atlanta promoted offensive lineman Sean Harlow from the practice squad to take the open roster spot. 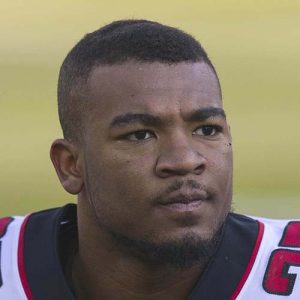 Smith, a 2018 fourth-round pick, was expected to play a bigger role in the Falcons’ backfield following Tevin Coleman‘s move to the 49ers. However, he’s seen even less work during his sophomore campaign; after rushing for 315 yards and four touchdowns on 90 carries last season (14 games), he’s only compiled 106 yards and one touchdown on 22 carries this year (seven games). He’s also hauled in 11 receptions for 87 yards this season, which is about on pace with his rookie numbers.

With Smith sidelined, the Falcons will likely turn to former fifth-rounder Brian Hill. The 24-year-old has appeared in four games this season, rushing eight times for 40 yards and one touchdown. The Falcons are also rostering Kenjon Barner and Qadree Ollison.

Harlow was a fourth-round pick by the Falcons back in 2017, but he hasn’t seen the field during two stints with the organization. Offensive lineman Wes Schweitzer was ruled out of Sunday’s game with a concussion, and coach Dan Quinn told Will McFadden of AtlantaFalcons.com that Harlow could somewhat replace his injured teammate’s versatility.