The 49ers are bringing back two key defenders. The 49ers have re-signed defensive lineman Jordan Willis and defensive back Dontae Johnson. 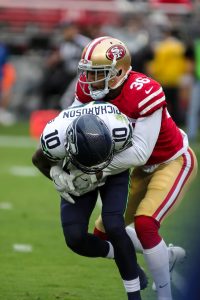 Willis made a name for himself in the playoffs, blocking a key punt that was returned for a game-tying touchdown in the 49ers’ playoff win over the Packers. Prior to that, the 26-year-old found himself in 10 regular season games, collecting 15 tackles, three sacks, and one forced fumble. He was suspended for the first six games of the season after violating the NFL’s policy on performance-enhancing substances.

Johnson has had two long stints with the 49ers, with his latest run beginning in the 2019. The former fourth-round pick also spent the first four seasons of his career in San Francisco. Johnson has appeared in 103 games (28 starts), including a 2021 campaign where he collected 30 tackles and one forced fumble in 16 games (three starts).

Earlier today, the 49ers re-signed running back Jeff Wilson to a one-year deal. 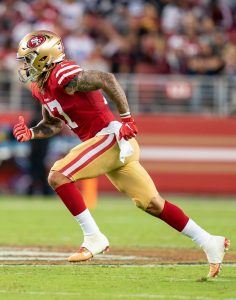 Here are the minor moves from Day 4 of official free agency: 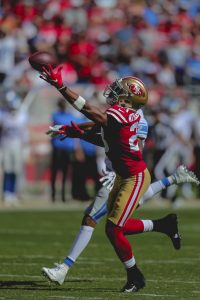