Kalif Raymond‘s first season in Detroit was the most productive of his career, and it appears to have earned him an extended stint with the team. The Lions are re-signing the receiver/returner, reports NFL Network’s Mike Garafolo (Twitter link). 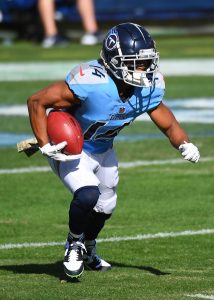 Raymond, 27, signed in Detroit last year. That came after the Titans elected not to tender him as a restricted free agent. The move surprised some, given that he had established himself as one of the best returners in the league. He had averaged nine yards per punt return in his lone season in Nashville, a figure he improved upon with the Lions.

Raymond turned 21 punt returns into 236 yards in 2021, good for an average of 11.2 yards per runback. The more notable aspect of his inaugural season in the Motor City, though, was his career year as a receiver. He posted 48 catches for 576 yards and four touchdowns. Those numbers stand in stark contrast to what he had done previously, as he totalled only 19 receptions prior to last season.

With Raymond staying in Detroit, the Lions’ WR corps continues to take shape. The team is set to add former Jaguar DJ Chark, in addition to the recently re-signed Josh Reynolds. Those two, along with Amon-Ra St. Brown, should give the team an improved passing attack in 2022. 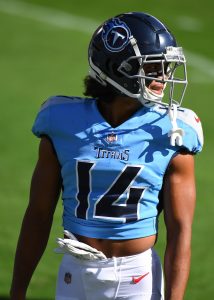