Ahead of what would be his age-30 season, Trae Waynes is not exactly making hard plans to find another NFL gig. The seven-year veteran cornerback said he is retired, though no announcement has emerged. 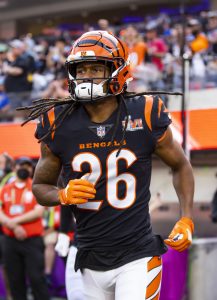 The Bengals released the former first-round pick earlier this year, moving off a contract that did not work out. Cincinnati signed the ex-Minnesota starter to a three-year, $42MM deal in 2020, but Waynes missed all of that season. Last year, Waynes played in just five regular-season games due to injury. Although he played in each of the Bengals’ four playoff games, the team had replaced him in the starting lineup.

“It’s open, but I’m not really exploring anything, to be honest with you,” Waynes said, during an appearance on the Geary & Stein Sports Show podcast (via NFL.com), of playing an eighth NFL season. “Multiple teams have actually called. Honestly, in my head, I’m done. I’m not officially doing it just because I don’t give a [expletive]. But I’m retired, but it’s not like I announced it or anything.”

One of those opportunities came from the Eagles, who employ former Vikings DBs coach Jonathan Gannon as defensive coordinator and have ex-Viking safety Anthony Harris back as a projected starter. It does not look like anything will come to fruition here. The Eagles have since signed James Bradberry.

“I actually almost went to Philly to go back with JG and Ant. But at that point I was like, ‘I’m ready to be done,'” Waynes said. “Could I easily keep playing several more years? Yes. But I got a family, I want to be around with my kids more.”

Minnesota’s Mike Zimmer-era run of first-round cornerbacks began with Waynes, the No. 11 overall pick in 2015. He had not shown signs of durability issues with the Vikings, missing just six games in five seasons on his rookie contract. The Michigan State product started 53 games during his five-year Minneapolis stay. The Vikings let both Waynes and Mackensie Alexander join the Bengals in 2020, but Waynes wound up on injured reserve before the season began. A torn pectoral muscle felled him that summer.

Waynes’ 2021 re-emergence encountered resistance early. A hamstring injury forced Waynes to begin the season on IR, and he aggravated the issue after two October games. Waynes, 29, did not return until mid-December. The Bengals were deploying a Chidobe Awuzie–Eli Apple–Mike Hilton cornerback trio by the postseason, and Waynes did not play any defensive snaps in those four games. In Super Bowl LVI, Waynes played three special teams snaps.

“It didn’t feel like a Super Bowl to me because my time in Cincinnati has just been injuries,” Waynes said. … “That’s something that I never really experienced in Minnesota.”

“… I was supposed to play in the Super Bowl — well I played a little bit — but I was supposed to go in, but I ended up getting hurt again. … I told my wife this after the game, I was like ‘There’s nothing more frustrating knowing you’re supposed to be out there but you physically can’t because your body is just failing.'”

MARCH 21: The Bengals waited a while, but they have made the Waynes move. This cut will add more than $10MM to Cincinnati’s cap space. Waynes did not play any defensive snaps during the team’s four playoff games, wrapping a disappointing run for the ex-Vikings first-rounder in Cincinnati.

This transaction stands to bump the AFC champions’ cap space north of $23MM. The Bengals brought back Eli Apple, keeping their top three corners from 2021 — Apple, Awuzie and Hilton — together. Unfortunately, Waynes could not avoid more injury trouble, which ended up defining his Bengals tenure.

FEB. 27: This is hardly a surprise, but the Bengals are expected to cut cornerback Trae Waynes, per Jay Morrison of The Athletic (subscription required). Waynes signed a three-year, $42MM contract with Cincinnati in March 2020, and in Morrison’s estimation, he is the biggest free agency bust in club history.

It would be difficult to quibble with that assessment. Waynes missed the entire 2020 season with a pectoral injury, and he ultimately played in just five regular season games in 2021 due to a hamstring ailment. Although he appeared in all four of the Bengals’ postseason contests, he saw just 13 total snaps, and all of them came on special teams.

The reigning AFC champs are in a pretty good place in terms of the salary cap. As Morrison writes in a separate piece (subscription required), Cincinnati should have upwards of $70MM in cap space this offseason, including the $10.9MM the club will realize from the Waynes release. Of course, a good chunk of that money is likely to be invested in an offensive line that yielded a whopping 70 sacks throughout the regular season and playoffs.

But some of it will need to be reinvested into the secondary as well. In addition to a franchise tag or extension for safety Jessie Bates, the Bengals will need to sign a No. 2 corner. Indeed, other than Waynes, Chidobe Awuzie and Mike Hilton, no cornerback who played a snap in 2021 is under contract for 2022.

For his part, Waynes will likely need to settle for a veteran minimum deal somewhere. His contract with the Bengals was inflated due to the premium that teams often have to pay for cornerbacks in free agency, as his 3+ years as a starter with the Vikings were solid enough, but never spectacular. Couple that with his recent injury history, and it stands to reason that he will be looking for a prove-it contract in 2022. 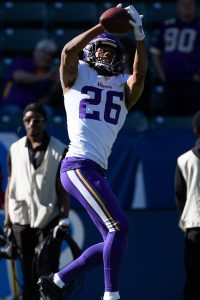 Injuries have defined Trae Waynes‘ Cincinnati stay, and the veteran cornerback’s most recent issue stands to keep him out a while. Already on IR with a hamstring problem, Waynes is facing an extended absence.

Zac Taylor said Friday that Waynes will not need to undergo surgery for his troublesome hamstring, via The Athletic’s Paul Dehner Jr. (on Twitter), but the third-year Bengals HC does not expect the team’s top cornerback investment to be back after missing the minimum three games. An extended IR stay is likely for Waynes.

This is certainly not new ground for the former first-round pick. Waynes missed all of 2020 because of a torn pec. This year, a hamstring pull kept him out of the Bengals’ first three games. Waynes subsequently aggravated his hamstring in Week 5, leading to an IR trip.

The Bengals signed Waynes to a three-year, $42MM deal in March 2020. This price proved somewhat surprising at the time, given Waynes’ performance to that point, but the ex-Vikings starter had stayed mostly healthy in Minnesota. The 29-year-old cover man has played just two games with Cincinnati, however.

Since signing Waynes, the Bengals have been busy at corner. They added Chidobe Awuzie and slot defender Mike Hilton this offseason and recently claimed multiyear Seahawks starter Tre Flowers. The Bengals have made notable improvements defensively this season, after two bad years to start the Taylor regime. Cincinnati enters Week 7 fifth in scoring defense.

Waynes is attached to an $8.4MM base salary this season; that number climbs to $10.4MM in 2022. The Bengals are on the hook for Waynes’ prorated signing bonus ($5MM) next year but could save $11MM by making the seven-year vet a cap casualty.