Malik Jefferson is heading back home. The former Longhorns linebacker is signing with the Cowboys, reports Jori Epstein of USA Today (via Twitter). To make room on the roster, Dallas has waived running back JaQuan Hardy, per ESPN’s Todd Archer (on Twitter). 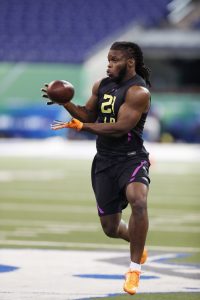 Jefferson was a standout during his time at Texas, including a 2017 campaign where he earned Big 12 Co-Defensive Player of the Year honors. Despite warnings from the College Advisory Board that he should stay in college, Jefferson decided to forego his remaining college eligibility and enter the 2018 NFL draft. While he was originally expected to be a second-round pick, he ended up sliding to the Bengals in the third round (No. 78).

The linebacker struggled to see the field during his rookie season; while he got into 12 games, he primarily played on special teams. Jefferson was let go by Cincinnati the following preseason, and he’s since bounced around the NFL, spending time with the Browns, Chargers (two stints), Titans, and Colts. After getting into a career-high 13 games with Los Angeles during the 2020 season, the 25-year-old was limited to only one game with Indy in 2021.

Hardy went undrafted out of Tiffin University in 2021. He caught on with the Cowboys last offseason and spent much of the season on the practice squad. He ended up getting into three games for Dallas, collecting 29 rushing yards and one touchdown on four carries.