It’s been two years since the Panthers moved on from Cam Newton, and the organization’s QB room has seen plenty of change in that short amount of time. Besides the financial commitments

to free agent additions like Teddy Bridgewater and Newton (for a second stint), the Panthers have also invested plenty of draft capital into the position. Over the past 15 months, the organization has effectively used a second-round pick, third-round pick, fourth-round pick, fifth-round pick, and sixth-round pick to construct their current depth chart of Baker Mayfield, Sam Darnold, and Matt Corral.

We went back to the 2020 offseason and listed all of the Panthers QB transactions below:

Allen inked a one-year pact with the Panthers to avoid ERFA.

Grier was a 2019 third-round pick by the Panthers.

Barkley was signed off the Titans practice squad.

Paxton Lynch has not attempted a regular-season NFL pass since his final Broncos start, in Week 17 of the 2017 season. The former first-round pick is about to try another league.

Lynch requested his release from the Canadian Football League’s Saskatchewan Roughriders, with his agent noting the well-traveled QB eyed a path to the new USFL (Twitter links). Canada’s stricter COVID-19 regulations played a role in this exit, and Lynch will receive another opportunity as a pro.

The Michigan Panthers selected Lynch in the 12th round of the USFL draft Tuesday night. Lynch, the 26th overall pick in 2016, was one of a host of familiar names taken by the latest upstart league. Michigan selected Lynch, 28, in the second round designated for quarterbacks. He did not play in any games with the Roughriders, with that stay following non-game-action runs with the Seahawks and Steelers.

The USFL event started with a QB round, during which Michigan selected ex-Wolverines QB Shea Patterson first overall. In Round 1, recent Patterson Chiefs teammate Jordan Ta’amu — also an XFL veteran — along with ex-Giants draftee Kyle Lauletta and ex-Vikings backup Kyle Sloter were selected.

The New Jersey Generals chose cornerback De’Vante Bausby in the eighth round. Bausby has considerable NFL experience, compared to most of the other players drafted over the past two days, having played for four teams from 2016-20. Bausby enjoyed two stints with the Broncos, making 20 tackles in 10 Denver games in 2020. He finished the 2021 season on the Patriots’ practice squad.

The USFL’s second effort, after a memorable mid-1980s run, is set to begin play April 16. All games will be played in Birmingham. The championship game is scheduled for July 3, in Canton. Should the USFL’s second effort reach the championship game, it would surpass 2019’s Alliance of American Football and 2020’s second XFL iteration. Both recent spring startups folded before their seasons ended, though a retooled XFL is set to return in 2023 and secured a formal partnership with the NFL. 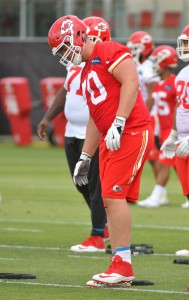