Joe Schobert did not last long as a Bronco. The veteran linebacker was part of Denver’s second wave of cuts, as the team made the necessary moves to reach Tuesday’s 80-man roster max. 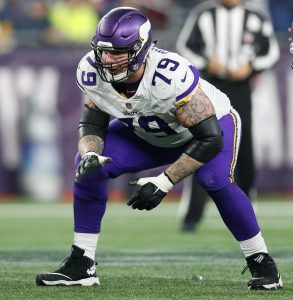 The Broncos signed the former Browns, Jaguars and Steelers starter last week, after having brought him in for a visit earlier during training camp. After playing Schobert in their second preseason game, the Broncos moved on.

Denver did not devote many resources to its inside linebacker position this offseason, adding nontendered Philadelphia cog Alex Singleton. The team was preparing to use 2021 trade acquisition Jonas Griffith alongside Josey Jewell at linebacker, but Griffith’s dislocated elbow changed those plans. Griffith is expected to miss time to start the regular season, which led to the Schobert signing.

Schobert, 28, made the Pro Bowl in 2017 and landed a big-ticket Jaguars contract in 2020. The Jags moved on from the high-volume tackler last year, trading him to the Steelers. While Schobert became a Devin Bush replacement, starting 15 games after the early-season trade, little interest came his way this offseason. The Broncos, who also moved 2021 inside linebacker starter Baron Browning to the edge, should be expected to pursue other outside options at the position.

One of the Broncos’ options at right tackle, Tom Compton, will also not be on the team’s 53-man roster when the season starts. The team placed the veteran offensive lineman on its reserve/PUP list Tuesday, shelving him for at least four games. The Broncos also waived running back Stevie Scott and wide receiver Trey Quinn. Tackle Casey Tucker received a waived/injured designation.

Prior to Nathaniel Hackett reuniting with Billy Turner, the Broncos signed Compton to a one-year, $2.25MM deal. Both Turner and Compton began camp on the active/PUP list, but Turner began practicing last week. Compton, 33, underwent a summer back procedure, blunting his momentum after being a quality fill-in for 49ers right tackle Mike McGlinchey down the stretch last season. Turner, Calvin Anderson and Cameron Fleming are vying to be the Broncos’ latest right tackle starter. Whoever wins that competition will be Denver’s 10th Week 1 right tackle in 10 years.

The Saints brought in Maher earlier this month after starter Wil Lutz suffered a groin injury. According to Nick Underhill of NewOrleans.Football on Twitter, Maher suffered his own groin injury while warming up for New Orleans’ preseason opener. That injury ultimately led to his release.

Maher was looking for an opportunity to relaunch a career that paused when the Cowboys cut him late in the 2019 season. Maher, 31, did not kick in 2020. A two-year Dallas kicker, Maher had spent time with five franchises since, including stints with the Jets, Washington, Texans, and Cardinals. Arizona retained Maher via reserve/futures contract in January but cut him in March.

During his time in Dallas, Maher became the first kicker in NFL history to make three 60-plus-yard field goals, accomplishing this feat during the 2018 and ’19 seasons. However, after he made more than 80% of his field goals in 2018, Maher was just 20-for-30 a year later. Maher first broke into the NFL as a UDFA in 2013, but after failing to secure a role, he moved to the CFL for a four-season run.

Murphy, 27, joined the Saints earlier this offseason. The former sixth-round pick has seen time in six career games (three starts). Scott was a 2021 undrafted free agent out of Indiana University.

A 2021 rule tweak will force teams to cut down to 85 players by Tuesday, and the Saints included a former second-round pick in their first group of cuts. They intend to release defensive end Noah Spence, according to Nick Underhill of NewOrleans.football (on Twitter).

Despite Spence tearing his ACL in 2020, the Saints brought him back on a one-year deal worth the league minimum. The former Buccaneers second-rounder, however, could not make enough of an impression to stick with the Saints beyond the first cutdown day.

This marks another setback for Spence, who has been a preseason cut previously. The Bucs jettisoned him in August 2019, and while Spence found his way to Washington later that year, he wound up being waived by the NFC East franchise as well. The Saints scooped him up in March 2020, but the ACL tear marred any game action.

An Ohio State cog who transferred to Eastern Kentucky, Spence flashed as a Bucs rookie by registering 5.5 sacks. In 18 games from 2017-18, however, the pass rusher combined for just one. New Orleans did not include any fully guaranteed money in Spence’s latest deal.

The Saints are also waiving running back Stevie Scott, Underhill tweets. The Indiana product caught on with the team as a rookie UDFA but will now head to the waiver wire.

The Saints have assembled their initial group of undrafted free agents. The four-time reigning NFC South champions agreed to post-draft deals with 11 rookies, per a club announcement. Here is New Orleans’ full list:

Bronson received interest from several teams but agreed to sign with the Saints. New Orleans will guarantee $140K of Bronson’s base salary, Tom Pelissero of NFL.com tweets. In addition to the base guarantee, Bronson will collect a $25K signing bonus. A Temple transfer who began his college career back in 2015, Bronson was a three-year Huskies contributor.

A tight end out of Iowa State, Soehner will receive a $120K base salary guarantee, veteran NFL reporter Aaron Wilson tweets. Scott will vie for a backup job with the likes of Latavius Murray, Ty Montgomery and Dwayne Washington. The Indiana product, however, will head to the NFL after seeing his production drop in each of his three college seasons. Scott’s 1,137 freshman-year rushing total came with a 5.0 yards-per-carry figure. By 2020, Scott averaged just 3.6 per tote in Big Ten play.

One of two ex-Orange players to join the Saints in this class, Cooney may have a clear path to a roster spot. The Saints released longtime punter Thomas Morstead this offseason and do not have another punter on the roster. Should Cooney make the Saints’ 53-man roster, he would join Riley Dixon as Syracuse punting alums in the NFL.