The Steelers received good news earlier this week on the T.J. Watt front. The reigning Defensive Player of the Year avoided season-ending pectoral surgery. Watt’s chest injury will still keep him out for a while, however. 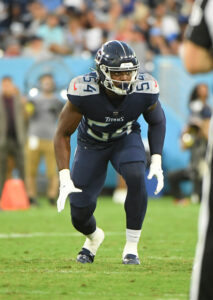 Although this has not become official yet, ESPN.com’s Field Yates notes Watt will be placed on IR (Twitter link). Pittsburgh is also signing outside linebacker David Anenih off Tennessee’s practice squad. These moves are now official.

An IR placement ahead of Week 2 means Watt’s return window would open in Week 6. It is not yet certain the accomplished pass rusher can hit that mark, the Watt family’s success at rehabbing injuries notwithstanding. But the sixth-year veteran could make it back in as early as five weeks. While the Steelers could be cautious with their top player, Watt returning before the midseason point represents a vast status improvement compared to where this situation appeared headed after he left the team’s opener.

Anenih will be the latest Steelers outside linebacker hire for a Steelers team that has turned this group over in recent weeks. Alex Highsmith now becomes the team’s top healthy edge, but his supporting cast looks vastly different compared to its August complexion.

Three-year Broncos fill-in starter Malik Reed will take on that role for the Steelers, being acquired for just a 2023 seventh-round pick. The Steelers also claimed Jamir Jones off waivers from the Jaguars earlier this month. Former second-round Washington pick Ryan Anderson — who was not with a team last season — is now on Pittsburgh’s practice squad. Third-year outside ‘backer Delontae Scott joins Anderson on Pittsburgh’s P-squad, but the team has otherwise overhauled its set of backup edge defenders.

Anenih is a rookie UDFA out of Houston who was one of many current NFL rookies — Kenny Pickett among them — to enter the league after using the fifth year of eligibility the NCAA allowed after the COVID-19 pandemic hit. Anenih totaled a career-best 10 tackles for loss to go along with five sacks. During his five-year Cougars career, Anenih tallied 20.5 sacks. The Titans allowed Anenih to leave, rather than promote him to their active roster. That is a somewhat interesting move considering the team recently lost top edge rusher Harold Landry for the season.

The Steelers will face the Patriots, Browns, Jets and Bills without Watt. Three more games — against the Buccaneers, Dolphins and Eagles — come before the team’s Week 9 bye. Watt’s new timetable would point to that stretch being his activation window.

Anenih set career highs this year for the Cougars and made himself a priority for the Titans, signing for a guaranteed $150,000, according to Tom Pelissero of NFL Network. Tennessee also saw the Hawkeye kicker as a priority, guaranteeing Shudak an impressive $40,000 at signing, according to Aaron Wilson of Pro Football Network.

Odukoya played 40 career games at Eastern Michigan and is one of four players joining the league from the International Player Pathway Program. Odukoya, who hails from the Netherlands, will look to help strengthen the pipeline of international players to the NFL.