Malik Hooker is staying put. On Tuesday, the Cowboys agreed to a new two-year, $8MM deal with the veteran safety (Twitter link via Adam Schefter of ESPN.com). 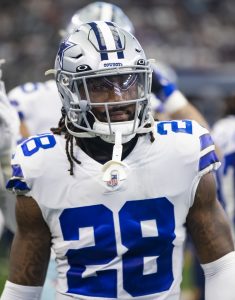 The Ohio State product joined the Cowboys in the 2021 offseason, reuniting with old pal Dan Quinn. At the time, Hooker was coming off of an injury-riddled season in which an Achilles tear limited him to just two games. He inked a one-year prove-it deal and he indeed proved it. Hooker suited up for a career-high 15 games with three starts, notching 44 stops, two passes defensed, and an interception against the Giants in Week 14.

Last time around, the Steelers and Dolphins also showed interest in Hooker. This round of free agency would have seen even more suitors, so the Cowboys didn’t want to roll the dice. Hooker, 26 in April, still has room to grow, so this deal could wind up being extremely team-friendly.

In other Cowboys news, defensive end DeMarcus Lawrence is set to return on a revised deal that will lower his 2022 cap hit.

Malik Hooker remains in free agency, but the former first-round pick has been connected to multiple teams this offseason. He is paying the Cowboys another visit Friday, according to ESPN.com’s Field Yates (on Twitter). This second meeting is expected to produce a deal, so long as Hooker proves healthy, Michael Gehlken of the Dallas Morning News tweets. 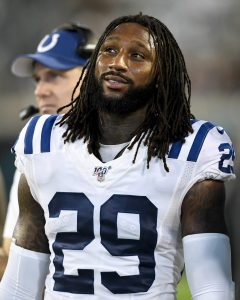 The Cowboys hosted Hooker, Keanu Neal and Damontae Kazee in March. Both Neal and Kazee, each of whom former Dan Quinn charges with the Falcons, signed with the Cowboys. Dallas looks set to have all three of those March visitors in uniform soon.

A Ohio State product, Hooker is coming off a season in which he played just two games. He suffered an Achilles tear last September. That affected his market, and Hooker should be expected to use the 2021 season as a springboard to a more lucrative contract down the road.

Hooker also visited the Steelers and Dolphins this year, with his most recent meeting — in Pittsburgh — coming in early June. Shortly after that meeting, Hooker expressed interest in waiting on more teams to enter the equation. Dallas’ re-emergence appears to have satisfied him, and Hooker — if healthy — will have a good chance at earning a starting job.

Dallas has been linked to big-name safeties for years but has resisted. The team signed Ha Ha Clinton-Dix last year but cut the ex-Packers first-rounder before the season. This year, Quinn has Neal set to play both safety and linebacker; Kazee joins Hooker in coming off a major injury. The Cowboys lost Xavier Woods in free agency but have been aggressive in free agency, adding Jayron Kearse in addition to the March visitors.

Hooker, 25, poses as a low-cost flier who has extensive starter experience. Indianapolis deployed the former No. 15 overall pick as a first-stringer in 35 games. However, Hooker has suffered ACL, MCL and Achilles tears as a pro. This season will be pivotal to determining his path toward future guaranteed dollars.

Free agent safety Malik Hooker has taken visits with the Cowboys, Dolphins, and Steelers this offseason, but he is still looking for a new home. Dallas has added free agent Damontae Kazee, Miami selected Jevon Holland in the second round of the draft (though the ‘Fins did cut Bobby McCain after the draft), and while Pittsburgh didn’t do much to bolster its safety group, it will return starters Minkah Fitzpatrick and Terrell Edmunds.

At this point, those three clubs appear satisfied with their respective safety situations, because Hooker indicated during a recent interview on SiriusXM NFL Radio (via Josh Alper of Pro Football Talk) that he is hoping to visit with more teams before training camp opens at the end of July.

“There was a couple of teams I visited with that I thought highly of,” Hooker said. “Now, it’s just a matter of taking my time with it. Training camp’s next month, not next week, so I’ve got time to be able to still tune up things and still hopefully go on more visits to see what else teams are talking about. Maybe meet with some teams I’ve met with before hopefully.”

Hooker, whom the Colts selected in the first round of the 2017 draft, has shown plenty of promise in his pro career thus far. Unfortunately, he has also dealt with myriad injury problems. He missed more than half of his rookie season with a torn ACL, battled lesser ailments over the 2018-19 campaigns, and then suffered a season-ending Achilles tear in Week 2 of the 2020 season.

As a result, he understands that he will need to settle for a one-year, “prove-it” contract, though he is obviously hoping for a good scheme fit on a team that will give him a real opportunity to reestablish his value. With respect to his recovery, he said he feels capable of playing right now but still has “little stuff” to work on before he is 100%.

Safety Malik Hooker met with the Steelers on Thursday, according to (Twitter link via NFL.com’s Ian Rapoport). So far, that’s three known visits for the former first-round pick. 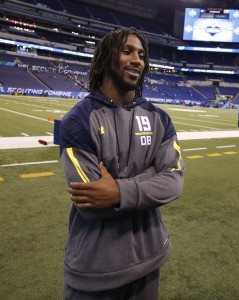 Hooker should find a home soon, now that we’re beyond May 3rd. From this point forward, teams can sign veterans like Hooker without a negative impact on their compensatory pick formula.

The Ohio State product was plagued by injury trouble throughout his Colts tenure. Still, he showed promise during his healthier stretches. After a seven-game rookie season, Hooker graded as Pro Football Focus’ No. 14 ranked safety in 2018. That year, he suited up for 14 games and notched 44 stops with four passes defensed and two interceptions. Hooker followed that up with 13 games in 2019, but saw his 2020 mostly erased by an Achilles tear.

The Steelers have Minkah Fitzpatrick and Terrell Edmunds set to start with Antoine Brooks Jr., Miles Killebrew and seventh-round pick Tre Norwood in the backup mix. The Steelers turned down Edmunds’ fifth-year option for 2022, so there could be a long-term opportunity for Hooker in Pittsburgh, even if he initially inks a one-year deal.

Former Colt Malik Hooker will visit with the Dolphins on Tuesday (Twitter link via NFL.com’s Ian Rapoport). This marks the first known visit in a while for the one-time first-round safety.

Now that May 3rd has come and gone, teams will no longer be docked in the compensatory pick formula for signing veterans. Teams have been waiting patiently for that deadline to pass, so players like Hooker are bound to be scooped up in the coming weeks. The Ravens, for example, had been eyeing offensive tackle Alejandro Villanueva for weeks. Still, they waited until Tuesday morning to finalize his new two-year deal.

Hooker played out his rookie contract with the Colts, but he’s been plagued by injury trouble throughout his career. He did manage to bounce back from a seven-game rookie season to suit up for 27 regular-season contests from 2018-19, but he was limited to just two games last year. Now, he’s believed to be mostly recovered from his September Achilles tear.

If signed, Hooker will join third-round pick Jevon Holland in the Dolphins’ safety group. For now, the ‘Fins project to start Eric Rowe at strong safety and Bobby McCain at free safety. 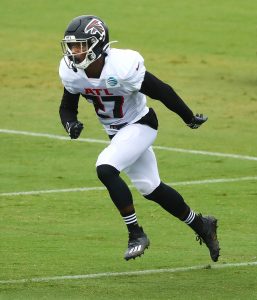