For the first time since 2008, the Falcons will have a starting quarterback not named Matt Ryan when the upcoming season begins. The team added Marcus Mariota as a short-term solution at the position, then drafted Desmond Ridder as a long-term option to succeed him.

The former has starting experience dating back to his time with the Titans, and will look to establish himself as a No. 1 again after two years as a backup with the Raiders. The latter, meanwhile, had an historic career at Cincinnati, leading the Bearcats to the CFP playoffs in 2021. Their lack of a track record at the NFL level made the Falcons a candidate to add a camp arm, but the team is investing fully in their top two passers.

As detailed by D. Orlando Ledbetter of the Atlanta Journal-Constitution, training camp reps will be split between Mariota and Ridder, with Feleipe Franks primarily focusing on his transition to TE. “When you look at it in terms of the quarterbacks for live periods of practice, there is not a lot [of] taxing amount of periods where the ball is being thrown,” said offensive coordinator Dave Ragone when speaking about a concentrated workload for the pair. With little expected of the team in 2022, dividing the reps only two ways is a sensible step for the Falcons as they search for a new franchise signal-caller.

Here are a few other notes from the Peach State, both from Ledbetter’s positional breakdowns:

The Falcons have made a depth addition to their defensive line. The team announced on Tuesday that they are signing journeyman defensive tackle Vincent Taylor. 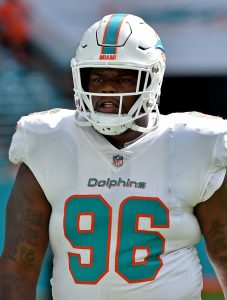 The move comes one week after Taylor visited with Atlanta, so the signing comes as little surprise. The 28-year-old was originally a sixth-round pick of the Dolphins in 2017. He only lasted two seasons there, the second of which was cut short by a foot injury. In September 2019, he was cut by Miami.

That began a stretch of three seasons in which Taylor played for a new team each year. The most notable of those campaigns was in 2020 with the Browns. He played in a career-high 15 games, recording 12 tackles and a fumble recovery. That led him to Houston this past offseason, where he started only the second game of his NFL tenure in Week 1. An ankle injury suffered in that contest, however, ultimately ended his season.

Having only been available for 40 games in five seasons, the Oklahoma St. product will add experienced depth along the Falcons’ defensive line. He is likely to see a rotational role behind the likes of Grady Jarrett and Anthony Rush. The team has plenty of room for improvement on defense, having ranked 27th against the run and 26th overall last season. Taylor will look to help improve those statistics, and earn himself a multi-year stay in the process.