John Jenkins‘ second stint in Miami will continue in 2022. The Dolphins announced on Thursday that they have re-signed the veteran defensive tackle. 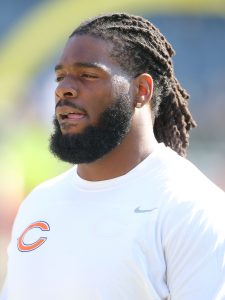 Jenkins, 32, began his career in New Orleans after the Saints drafted him in 2013. It was in his three-plus years there that he saw the most playing time of his career, eclipsing the 50% mark in terms of snap share for the first and only time in 2015. In 49 games as a Saint, he totalled 100 tackles and 1.5 sacks.

Jenkins seemed to be on the way out of New Orleans during his fourth year there, so it came as little surprise that the team gave him a head start on free agency and released him mid-season in 2016. That began a series of brief stints with four different teams, including the Seahawks and Giants. Between those two stays was the first of a pair of campaigns in Chicago.

His heaviest workload since his time with the Saints came with the Dolphins, however. Jenkins signed in Miami in 2019, then again last offseason. In two years in Florida, he has started seven of 23 contests and made 50 tackles. His retention will not only give him a tenure of multiple seasons with the same team for the first time in six years, but it also marks another re-signing from the Dolphins’ 2021 defense. That unit will still feature, most notably, Emmanuel Ogbah and Xavien Howard as it looks to help the team take a step towards AFC contention in 2022.