Packers edge rusher Chauncey Rivers suffered a non-contact knee injury that will force him to the injured reserve list (Twitter link via NFL.com’s Ian Rapoport). The injury may or may not be a season-ender, but he’ll be out for a good while either way. And, by placing him on IR, they’ll make room for newly-signed linebacker Jaylon Smith. 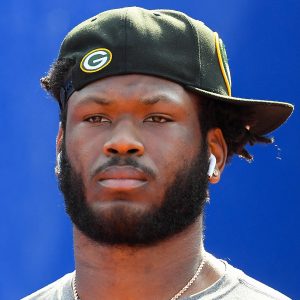 Rivers, 24, spent much of the offseason with the Ravens before getting cut in August. The Packers pounced quickly, picking him up off the waiver wire. Rivers stuck in Green Bay as a reserve, saw time in all four games, and recorded two tackles. To date, the UDFA out of Georgia and Mississippi State has five NFL appearances to his credit.

It’s likely an ACL tear for Rivers, which would automatically rule him out for the season. Even with Smith, the Packers may look to reshuffle their depth chart in order to replace Rivers’ special teams work. In the first quarter of the year, Smith played on 44 special teams snaps, in addition to 54 on D.