The Rams have agreed to sign kicker Lirim Hajrullahu, according to Tom Pelissero of NFL.com (on Twitter). Hajrullahu, as Pelissero explains, comes to Los Angeles with a CFL all-star resume and an unbelievable life story.

Hajrullahu was an 8-year-old boy when the Kosovo War flared up. One year later, his family managed to escape the danger by moving to Canada. In spite of all the hardship, Hajrullahu grew up to become a two-time CFL all-star and a league champion.

Along with Hajrullahu, the Rams also announced the signing of kicker Austin MacGinnis, who most recently played with the Dallas Renegades of the XFL. In the XFL’s partial season, he nailed all ten of his field goal tries.

The Rams are on the lookout for a new leg after Greg Zuerlein joined the Cowboys late last month. Young GZ has turned in some fantastic seasons over the years, but he made only 82% of his tries last year. The Rams are looking for more consistency, and they hope to find it with either Hajrullahu or MacGinnis. 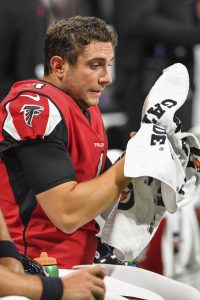 The Bears’ kicker workout Friday ended with a rookie coming aboard. One of the lesser-known specialists trying out, Redford Jones, will be added to the roster, according to Jones’ agency (Twitter link).

Jones joined Nick Folk, Blair Walsh, Josh Gable, Ernesto Lacayo and Austin MacGinnis in the kicker derby, Field Yates of ESPN.com tweets. Chicago will go with Jones, a 24-year-old Tulsa product who was out of football this season, as the player who will compete with the embattled Cody Parkey.

This was the first known NFL workout for Jones, whose Tulsa eligibility ran out after the 2017 season. He was the Golden Hurricane’s kicker for three seasons. After missing eight kicks in 2015, Jones went 21-for-26 in 2016 and 12-for-16 as a senior.

While it is far from certain a Parkey-Jones duel will be how the Bears decide who their 2019 kicker is, this is how the competition stacks up for now.