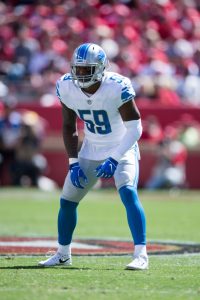 The Chiefs worked out safety Obi Melifonwu and linebacker Marquis Flowers on Wednesday, according to Ian Rapoport of NFL.com (on Twitter). Melifonwu hasn’t done much at the pro level, but he offers potential as a second-round pick of the 2017 draft.

The 24-year-old Melifonwu played sparingly during his rookie campaign, compiling seven tackles in five games (one start). He was placed on IR twice during his first season, and he was waived/injured by the Raiders back in August. After clearing waivers, he landed on the team’s injured reserve. Earlier this month, the Raiders reached an injury settlement with him, making him a full fledged free agent. He worked out for the Cowboys, Patriots, and Saints, but did not sign with any of those clubs.

Flowers mostly played special teams for the Bengals in 2016, but he saw time on 361 snaps for the Patriots in 2017. The 26-year-old finished out the regular season with 30 tackles and 3.5 sacks and even started in two games. In the playoffs, he added another six tackles and one sack. This year, he missed the Pats’ final cut and had a brief regular season stint with the Lions.