Expected to make a push to be one of the cornerbacks on the Cowboys’ 53-man roster, Marquez White has encountered legal trouble going into his second season.

As a result of a road rage incident on Oct. 20, 2017, White was indicted in June and is facing a second-degree felony charge for aggravated assault with a deadly weapon, Drew Davison of the Fort Worth Star-Telegram reports. The 23-year-old White brandished a gun at another driver during an incident on a Dallas-area road.

The Cowboys have not commented on this issue, and while White’s attorney believes this charge will be dropped, it may not bode well for the 2017 sixth-round pick’s chances of making Dallas’ active roster. White appeared in court last week and is due back on Aug. 10, per Davison. He could be set for a suspension under the NFL’s personal conduct policy.

White spent last season on the Cowboys’ practice squad. The team moved Byron Jones to cornerback but did not make any outside investments at the position this offseason, so White stands a chance of earning a spot.

END_OF_DOCUMENT_TOKEN_TO_BE_REPLACED 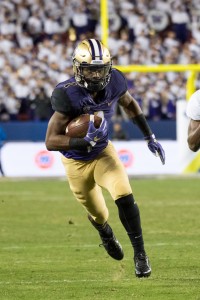