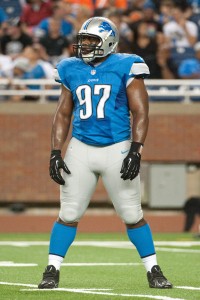 One of the last teams to reveal their UDFA class, the Eagles announced 15 players comprise this group that will try to earn roster spots this year. Here’s the full rundown:

Representing a sizable portion of this class, four safeties will join the Eagles’ other three backup safeties — two 2017 UDFAs and veteran special-teamer Chris Maragos — in competing for roles behind Malcolm Jenkins and Rodney McLeod. However, Neal, Roberts and Reaves played cornerback as well. Roberts manned the slot at South Alabama, while Reaves earned Sun Belt defensive player of the year acclaim last season. Sanders, however, logged the most experience in being a Georgia starter for four years. He finished with 16 career interceptions. Brown also spent time at both safety and cornerback, despite being listed as a linebacker.

The Eagles also turned to smaller schools extensively here, with mid-major Division I-FBS or non-Division I programs producing eight of these 15 players. Rumors connected the Eagles to running backs in this draft. Instead, the team re-signed Darren Sproles and is bringing in a player who is coming off a 1,430-yard, nine-touchdown season with the Fighting Irish. The 213-pound Adams averaged 6.9 yards per carry as well as a true junior in 2017.