END_OF_DOCUMENT_TOKEN_TO_BE_REPLACED

The Jaguars claimed safety Tracy Howard off waivers, per the NFL transactions wire. Howard was waived by the Browns on Thursday. 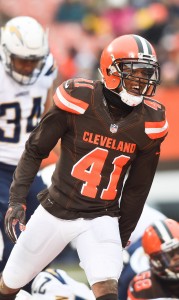 The Jaguars presently have a boatload of safeties under contract with Tashaun Gipson (another former Brown), Barry Church, James Sample, Peyton Thompson, Jarrod Wilson, and Akeem Davis also on the depth chart.

The Browns have cut offensive lineman Alvin Bailey and a pair of defensive backs, Tracy Howard and Trae Elston, according to Mary Kay Cabot of cleveland.com (Twitter link). 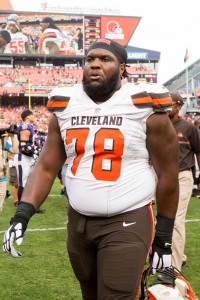 Bailey, the most notable of the three, spent just one season with the Browns, who signed the ex-Seahawk as a free agent last March. The 25-year-old ended up playing in 14 of the Browns’ games (five starts) and ranking as one of Pro Football Focus’ worst guards. Bailey’s two missed contests came on account of a December suspension stemming from a violation of the NFL’s substance abuse policy. That ban was the result of a September arrest on a DUI charge.

Elston, undrafted out out of Ole Miss a year ago, didn’t suit up for any regular-season games as a rookie. He instead spent time on the practice squads of the Browns, Saints and Buccaneers.