The Dolphins have added some depth to their offensive line. The Dolphins announced yesterday that they’ve signed center Mike Matthews. 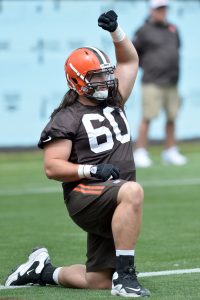 The 6-foot-2, 290-pound lineman will participate in the team’s offseason program, and he could end up sticking around for training camp later this summer. The 24-year-old will be looking to finally earn an opening-day roster spot, as he’s bounced around the NFL since going undrafted out of Texas A&M in 2016. He had a brief stint with the Browns, and he spent the entire 2017 campaign with the Steelers. However, Matthews never saw the field for Pittsburgh, as a torn patellar tendon ended his season early.

The center is looking to follow in the footsteps of his family. His father, Bruce Matthews, is a Hall of Famer, while his brother, Jake Matthews, was a first-round pick by the Falcons in 2014. He’s also the cousin of Pro Bowl linebacker Clay Matthews.

Of course, this Matthews will have a tough time making the Dolphins’ roster. He’ll presumably compete with Jake Brendel to be Daniel Kilgore‘s backup.

Chargers first-round wide receiver Mike Williams, who has been dealing with a back injury since May, is “running” and “doing well,” head coach Anthony Lynn told reporters, including Eric D. Williams of ESPN.com. Lynn suggested last week that Williams might not play at all this year, which came after the Chargers announced that the ex-Clemson star will miss all of training camp. However, they continue to hold out hope he’ll be healthy in time for the regular season, writes Eric Williams.

LSU running back Leonard Fournette is expected to a high draft choice in 2017, but he’ll be financially covered in the event that something goes awry. As Dennis Dodd of CBSSports.com details, Fournette’s parents have purchased two $10MM insurance policies — one that would cover a career-ending injury, and another that would kick in if Fournette falls in next year’s draft. The entire article is well-worth a read, as Dodd excellently reports on the largely unregulated industry of NCAA athlete insurance. 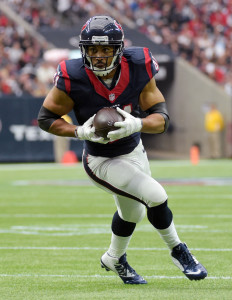