The Lions have released veteran running back Matt Asiata, the club announced today.

Detroit signed Asiata away from the division rival Vikings in May, inking the 30-year-old to a minimum benefit contract. Always something of a plodder (3.5 yards per carry average for his career), Asiata had a chance to serve as the Lions’ power back if he performed well during the summer. However, Detroit will instead roll with Theo Riddick, Zach Zenner, and Dwayne Washington behind starter Ameer Abdullah. 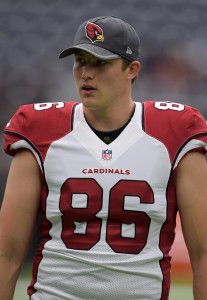