The Eagles have released Christian Hackenberg, according to Matt Lombardo of NJ.com (Twitter links). The former Jets draft bust hooked on with the Eagles in August, but faced long odds of making the team. Fellow quarterback Joe Callahan has also been cut, according to Tom Pelissero of NFL.com (on Twitter).

The Eagles still have some level of uncertainty at quarterback between Carson Wentz‘s ACL recovery and Super Bowl MVP Nick Foles‘ minor neck injury. Still, one of those two QBs should be ready for the opener and the Eagles remain high on third-stringer Nate Sudfeld. Callahan drew solid reviews this summer, but the numbers crunch was ultimately too much for him to overcome.

The Jets selected Hackenberg with the 51st overall pick in the 2016 draft, but he never saw the field during two regular season campaigns. New York traded the 23-year-old to the Raiders in May, but he lasted less than month on Oakland’s roster. He met with the Patriots and other clubs had interest, so Hackenberg could be a practice squad candidate for another team.

The Eagles have also released tight end Gannon Sinclair as they work their way down to a 53-man roster.

The Eagles have re-signed free agent safety Corey Graham, as Adam Caplan of SiriusXM was first to report (via Twitter). Graham signed a one-year pact with the eventual Super Bowl champs almost exactly one year ago, so this has become something of an annual tradition. 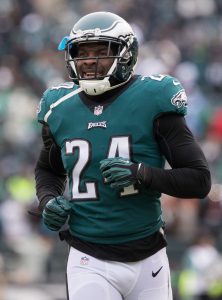 Graham, who is entering his 11th NFL season, was a solid third safety for Philadelphia last season, playing 35% of the team’s regular season defensive snaps in support of starters Rodney McLeod and Malcolm Jenkins. He was a key special teams contributor as well, as he posted the second-most special teams tackles on the club, and he added two interceptions and four passes defensed. We ranked him as one of the ten best available free agent safeties in March, and now that the safety market has finally started to move a bit, Graham was able to land another one-year deal with the Eagles.

The Eagles deployed three safeties throughout much of their championship run last season, and Graham played 60% of the club’s postseason defensive snaps as a result. Given that Philadelphia did not do much to bolster the depth chart behind McLeod and Jenkins, it was almost an inevitability that Graham would be back.

In addition to Graham, Zach Berman of the Philadelphia Inquirer reports that the Eagles have signed tight end Gannon Sinclar, who has not played in a regular season game since entering the league as a UDFA with the Cardinals in 2015. To make room for Sinclair and Graham, Philadelphia waived safety Ryan Neal and waived/injured tight end Adam Zaruba.