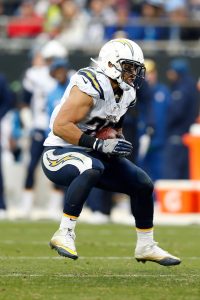 The Colts placed tight end Erik Swoope on injured reserve. To take his place, tight end Brandon Williams has been signed to the roster.

Swoope underwent arthroscopic knee surgery this offseason, meaning that he’ll be unable to suit up for the season opener. However, that type of procedure is rarely a season ender, so it seems possible that he could return during the season. The latest iteration of the league’s IR rules permit teams to bring two players back from IR each season.

Swoope, 25, appeared in all 16 games for the Colts last season. He finished out with 15 catches for 297 yards and one score.

The Colts now have three tight ends on the roster in starter Jack Doyle, Williams, and reserve Darrell Daniels.