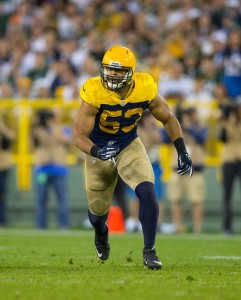 The Packers signed fullback Joe Kerridge to take Perry’s spot on the 53-man unit. Perry was already set to miss Week 17 due to injuries.

Foot, ankle and shoulder ailments have slowed Perry this season. He played in 12 games and recorded seven sacks — four off his career-best 11 of last season. The 27-year-old outside linebacker played 542 snaps this season and graded as Pro Football Focus’ No. 40 full-time edge defender. The Packers re-signed Perry to a five-year, $60MM deal, entrenching him as a big part of the franchise’s future.

Kerridge has played in 12 Packers games over the past two seasons.