After claiming third-year cornerback Pierre Desir on waivers before the season started, the Chargers reverted the reserve corner back to the waiver wire, Michael Gehlken of the San Diego Union-Tribune reports (on Twitter). 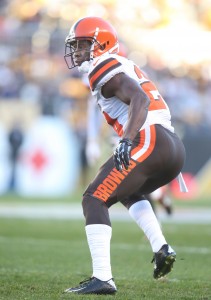 The Chargers promoted edge player Chris Landrum from their practice squad, per Gehlken (on Twitter). Landrum will be filling in for the injured Jerry Attaochu.

Desir was one of three players the Bolts claimed via waivers before the season, joining Andre Williams and Caraun Reid. Only Reid now remains on the active roster after San Diego passed Williams through waivers and back onto its practice squad earlier this season. The Bolts are now carrying five corners on their 53-man roster.

A former standout in two Division II secondaries — Washburn (Kan.) and Lindenwood (Mo.) — the 26-year-old Desir may be looking for a third NFL team. The Browns, who selected the 6-foot-1 corner in the fourth round in 2014, cut Desir as they slashed their roster to 53 players before the season. Desir has played in five games for the Chargers in 2016. He started six for the Browns in 2015, making 36 tackles and deflecting five passes.