With less than 20 hours until teams must have 53-man rosters finalized, two franchises are seeking backfield help. Both the Texans and Jets are looking for running backs via trade, Aaron Wilson of the Houston Chronicle tweets.

The Texans may feature the league’s thinnest backfield, having lost three-year starter Lamar Miller for the season. They acquired Duke Johnson from the Browns, but the career passing-down back has maxed out at 104 carries in an NFL season — and that came in 2015. Last season, Johnson took just 40 handoffs in 16 games.

Houston has a host of rookies vying to make the final cut, along with special-teamer Taiwan Jones. No one besides Johnson on the Texans’ roster has carried the ball more than 20 times in a season, and it looks like this backfield will add an outside hire soon — either via trade or the waiver wire. The Texans cut Josh Ferguson on Friday.

Elijah McGuire did not make the Jets’ roster, but Gang Green still employs Le’Veon Bell, Ty Montgomery, Bilal Powell and Trenton Cannon. Their need does not look to be on the same level as the Texans’. 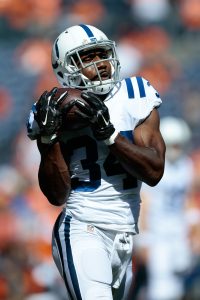