The Seahawks have waived wide receiver Gary Jennings, as Adam Schefter of ESPN.com reports (via Twitter). The move is notable because Jennings was a fourth-round pick in this year’s draft. 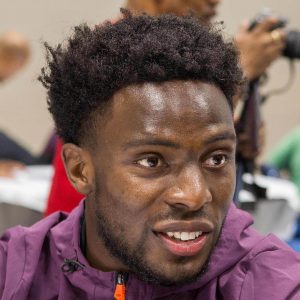 Jennings, a West Virginia product, missed time during the offseason program with a hamstring injury and had a quiet training camp. Plus, as Brady Henderson of ESPN.com notes, Jennings had difficulty picking up Seattle’s playbook. He posted just one catch for 12 yards during the preseason and has been a healthy scratch for all three of the team’s regular season contests.

Jennings was one of three receivers the Seahawks drafted this year. Second-round choice D.K. Metcalf has shown off his big-play ability during his first taste of professional action, and seventh-rounder John Ursua remains on the roster.

During his junior year with the Mountaineers, Jennings topped the 1,000-yard mark, and he nearly did it again in his senior season. It’s possible that a receiver-needy team will put in a claim, but if not, the Seahawks could theoretically re-sign him to the taxi squad.

In a related move, Seattle has promoted safety Adrian Colbert from the p-squad and signed LB Malik Carney to the practice squad to replace Colbert.