The Chargers became the latest team to close their facility because of COVID-19. Center Ryan Groy tested positive for the coronavirus, leading the Bolts to shut down in-person activities Thursday (Twitter links via ESPN’s Adam Schefter and The Athletic’s Daniel Popper). The Chargers announced they received notice of the positive test Wednesday night and have identified close contacts.

This marks the Chargers’ first positive test since the start of training camp, though Anthony Lynn said he contracted the virus in the offseason. Lynn said he has not heard from the NFL regarding a rescheduling of Sunday’s Chargers-Broncos game. Groy, however, will not make the trip to Denver. The ex-Bill has started the past three games for a Bolts team that has dealt with a litany of injuries up front. Mike Pouncey will not play this season, and 2020 acquisitions Trai Turner and Bryan Bulaga have played all of eight snaps together, with the former missing all but one game and the latter being sidelined for three.

Here is the latest from the COVID-19 front:

The Chargers announced that they’ve re-signed offensive lineman Ryan Groy, who appeared in nine games for the club in 2019.

Groy, 29, has served mostly as a backup during his six-year NFL career, but that could prove to be a critical role on Los Angeles’ roster in 2020. Chargers center Maurkice Pouncey missed most of the 2019 campaign with a neck injury, and while he was recently medically cleared, there’s always a chance Groy could be asked to fill in at the pivot. New right guard Trai Turner, meanwhile, has missed three games in each of the past three years, so there could be ample opportunity for Groy to play.

An undrafted free agent out of Wisconsin in 2014, Groy has appeared in 65 games and made 17 starts throughout his NFL tenure. After spending his rookie campaign with the Bears, Groy played for the Bills for four years before joining the Chargers last October. 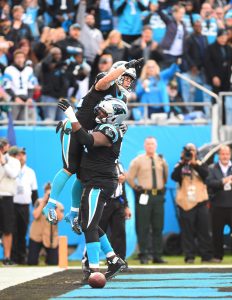 The Bills are matching the offer sheet for offensive lineman Ryan Groy, a source tells ESPN.com’s Adam Caplan (on Twitter). The Rams signed him to an offer sheet earlier this week, but they’ll have to look elsewhere for a center.

Groy will now remain in Buffalo on a two-year deal worth $5MM with $3.5MM guaranteed. The Bills rolled the dice a little by giving Groy an original-round tender – which called for zero draft compensation if the former undrafted free agent was signed away – but everything worked out alright for the Bills. They have retained their the interior lineman at a reasonable price.

The Rams cut former starting center Tim Barnes earlier this month and they were hoping to make Groy his replacement.

The Rams made a move late tonight to potentially add a starting center, signing Bills RFA Ryan Groy to an offer sheet, Mike Rodak and Adam Caplan of ESPN.com report. It’s a two-year offer sheet worth $5MM with $3.5MM guaranteed on March 21st, Ian Rapoport of NFL.com tweets. Groy inked the deal, as Adam Caplan of ESPN.com (on Twitter). The ball is now in Buffalo’s court.

The Bills gave Groy and original-round tender and would not be entitled to draft compensation if they elect not to match since Groy was undrafted. Buffalo has five days to match the offer sheet. Groy was drawing interest as an RFA last week from teams who believe he could start at center or guard for them.

Groy would be expected to become the Rams’ starting center, a status he does not presently occupy with the Bills. Currently, the Rams house fourth-year player Demetrius Rhaney as their only pure center.

Eric Wood is the Bills’ starting center, although after a season-ending injury in November, Wood ceded his starting spot to Groy for the Bills’ final seven games last season. He’d previously started just three in his three-year career. Wood, though, is entering a contract year and will turn 31 on Saturday. Groy will turn 27 in September.

The Bills saw an RFA decision last year come back to bite them in allowing Chris Hogan to sign with the Patriots. Groy did grade out better than Wood in the opinion of Pro Football Focus last season, but Wood has started 104 games for the Bills since 2009 and made the Pro Bowl in 2015. So, it will be interesting to see how the Bills proceed here since Groy, too, is entering a contract year.