Sam Koch punted for the Ravens for the past 16 seasons, but the team’s longest-tenured player will not stay on in that role. The soon-to-be 40-year-old specialist announced his retirement Thursday (video link). 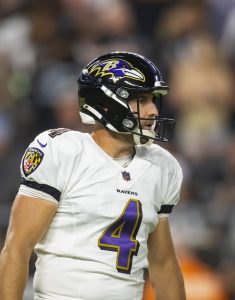 A former sixth-round pick out of Nebraska, Koch has been with the Ravens since Brian Billick‘s tenure. He punted in 256 games with the team, suiting up more times as a Raven than anyone in franchise history. Aaron Rodgers is the only active player to have been with his team longer than Koch.

The Ravens used one of their six fourth-round picks on a punter, Penn State’s Jordan Stout. He is poised to take over alongside Justin Tucker. Koch and Tucker formed one of the league’s top special teams duos for the past 10 seasons. While Tucker is on a smooth track to the Hall of Fame, Koch made the Pro Bowl in 2015 and holds the franchise record for games played by a significant margin.

Although Ray Lewis played 17 seasons, multiple injury-marred campaigns limited the Hall of Fame linebacker to 228 games — third in team history. Koch passed Terrell Suggs for the most games played as a Raven in 2020. Koch signed six contracts as a Raven, his most recent — a two-year, $4.95MM pact — that year. One season remained on the veteran’s deal.

Koch will spend what was to be his age-40 season as a kicking consultant with the team, Jeff Zrebiec of The Athletic tweets. Much of his time will go to mentoring his successor. 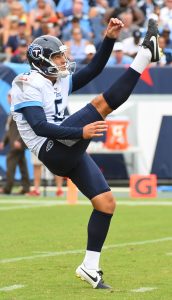 Sam Koch isn’t going anywhere. The punter is staying put in Baltimore with a two-year extension, the Ravens announced in a tweet.

Koch still had a year left on his previous deal, so Baltimore was being proactive here. The Ravens have been aggressive the past few days, landing Calais Campbell in a surprising trade with the Jaguars and doling out big money to free agent defensive lineman Michael Brockers. Koch might get overshadowed by Baltimore’s other specialist, league-best kicker Justin Tucker, but he’s been a reliable option himself.

A sixth-round pick all the way back in 2006, Koch has been with the team for the past 14 seasons. He’s never reached elite status but has been solid the entire time, earning the only Pro Bowl and All-Pro nods of his career in 2015. Terms of the deal weren’t immediately available, but we’ll pass those along to you as soon as we get them. The Nebraska product will turn 38 in August, and it’s possible this extension takes him right into retirement.

Although the Ravens took care of one impending free agent contract yesterday — locking up punter Sam Koch to a five-year extension worth $18.75MM — the club’s roster still contains several key players who will head into the year on expiring contracts, writes Aaron Wilson of the Baltimore Sun. I profiled the two most prominent FAs-to-be, guards Marshal Yanda and Kelechi Osemele, earlier this year, and Wilson adds that while no deal is imminent with either player, Osemele could end up being the odd man out given his injury history, including a significant back ailment suffered just last season.

The Ravens and punter Sam Koch have reached a verbal agreement on a five-year contract extension, the team announced today (via Twitter). Prior to agreeing to new deal with the team, Koch had been set to become a free agent after the 2015 season.

According to Aaron Wilson of the Baltimore Sun, Koch’s new five-year extension is worth $18.75MM, including a $4MM signing bonus, $7.3MM in guarantees, and $16.25MM in new money. That overall figure includes the 32-year-old’s $2.5MM base salary for 2015, so it looks like the deal will be worth $18.75MM over six total years, keeping the veteran punter under team control through the 2020 season.

Koch, a sixth-round pick out of Nebraska back in 2006, has been the Ravens’ regular punter since joining the team, with over 700 regular season attempts for the franchise. He set a career high in 2014 by averaging 47.4 yards per attempt, and his 42.9 net yards average tied for the NFL lead.

Under his old deal, Koch had been in line for a $3.1MM cap charge in 2015 — his $2.5MM base salary, along with a $600K portion of his prorated signing bonus. The new deal will add $800K in prorated bonus money, but I’d expect the team to reduce the punter’s base salary for the year, perhaps slightly lowering his cap hit.

Under new offensive coordinator Marc Trestman, the Ravens will be staying in the zone-running system that worked so well in 2014, which means running back Justin Forsett could prove most valuable to Baltimore when free agency opens, as Jon Meoli of The Baltimore Sun writes. There has been some speculation that the tailback could follow Gary Kubiak to the Broncos, but Kubiak has a history of turning bargain backs into stars and he could try to do that all over again in 2015.

Let’s check in on a few other Ravens-related items….

The Bengals could scour free agency this offseason for a backup quarterback, but don’t expect the team to look at a high-end free agent like Michael Vick to push Andy Dalton. Mike Florio of Pro Football Talk reports that the Bengals don’t have any interest in the prospective free agent, and adds that the club doesn’t want to “shake Dalton’s faith” by injecting Vick into the mix.

Here are a few more items from around the AFC North: