The Titans will meet with wide receiver Quincy Adeboyejo, according to NFL.com’s Ian Rapoport. It’s yet another audition for the 24-year-old, who has been on the circuit since missing the Jets’ cut in late August. 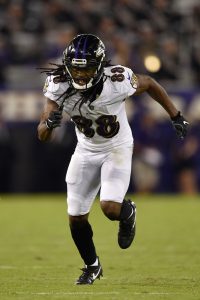 Adeboyejo showed his stuff for the Cowboys, Bills, and other clubs in September, but is still on the lookout for work. Though he was not drafted in 2017, Adeboyejo showed promise while at Ole Miss, tallying a combined 70+ receptions and 1,000+ yards over his final two years in school.

Adeboyejo joined the Ravens in ’17 and saw time in one game as a rookie. The Ravens were expecting a step forward for him in 2018, but he unfortunately lost the season to a leg injury. Before this year’s training camp, the Ravens cut him loose, leading him to Gang Green. He didn’t take flight with the Jets, but he could find his next opportunity in Nashville.

Jets To Work Out Quincy Adeboyejo

If signed, Adeboyejo could provide reinforcements to a WR group headlined by a much better known Quincy – Quincy Enunwa. The Jets also have Robby Anderson and Jamison Crowder leading the way.

Adeboyejo signed with the Ravens as a UDFA in 2017 and appeared in one game during his rookie season. Then, last year, he spent the year on the PUP list with a leg injury. The Ravens waived him prior to this year’s training camp, making him available for the Jets and other clubs.