Wright has bounced around the NFL since being selected in the fourth round of the 2015 draft, spending time with six different teams. The last time he saw the field for an NFL game was 2018 when he got into a pair of contests with the Raiders. Since that time, he’s had a cameo in the XFL and a short stint with the Jaguars. After joining Jacksonville’s practice squad in December, he was waived by the team back in March.

In total, the 29-year-old has seen time in 15 games (one start), collecting 12 tackles and two tackles for loss. This could very well be Wright’s last chance at an NFL gig, and there’s a chance he sticks around the roster as defensive line depth.

Toran, 25, went undrafted out of UCLA in 2018. He spent most of his rookie and sophomore seasons on the 49ers and Patriots practice squads (respectively), and after sitting out the 2020 campaign, he was waived by New England in May. 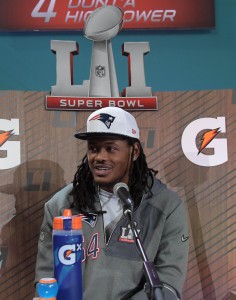