Patriots safety Patrick Chung will opt out of the 2020 season, according to ESPN.com’s Mike Reiss (on Twitter). That makes Chung the sixth Patriots player to opt out, a list that also includes middle linebacker Dont’a Hightower and right tackle Marcus Cannon. 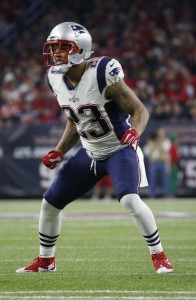 The Patriots selected Chung in the second round of the 2009 draft, and he has spent all but one year of his career with New England. In that time, he’s started in 112 regular season games and collected three Super Bowl rings. Unlike Hightower, he’s never been selected for a Pro Bowl, but he’s an important member of the Patriots’ D nonetheless.

In May, the Patriots re-upped Chung on an extension that would allow him to earn up to $12.8MM over the next four seasons. Now, he’s effectively under club control for five years. Chung’s contract will toll for 2020 and resume in 2021.