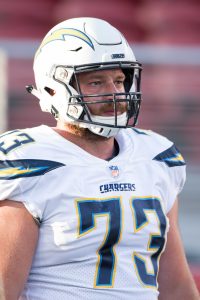 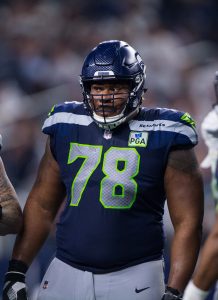 The Patriots had a number of players in for workouts and/or visits today, including veteran defensive tackle Akeem Spence, per NFL.com’s Tom Pelissero (via Twitter).

The 2013 fourth-round pick spent the first four seasons of his career with the Buccaneers, where he compiled 195 tackles, 10.5 sacks, and four fumble recoveries in 56 games (30 starts). He’s bounced around the league a bit since, including a 2018 campaign where he had two sacks in 16 starts for the Dolphins.

The 28-year-old started the 2019 campaign with the Eagles, but he was released after compiling only seven tackles in six games. He signed with the Jaguars soon after, and he compiled 11 tackles in nine games with Jacksonville. Spence worked out for the Bills back in August, but it’s otherwise been quiet for the veteran.

The Patriots also auditioned offensive linemen Zack Bailey, Sam Jones, Timon Parris, Ross Reynolds, according to Aaron Wilson of the Houston Chronicle (via Twitter). Jones has the most NFL experience, having appeared in five games for the Broncos in 2018. The 24-year-old started the 2020 campaign with the Cardinals.

Teez Tabor will have a chance to continue in his development with the 49ers. The team will keep the former second-round cornerback around this offseason via reserve/futures deal, per Matt Maiocco of NBC Sports Bay Area (on Twitter).

The 49ers initially added Tabor to their practice squad early this past season and will attempt to see if the Florida alum can carve out a spot in their cornerback rotation next season. Tabor, 24, did not see action for the NFC champions and has not played since the 2018 season.

Here are the rest of the 49ers’ reserve/futures deals thus far: